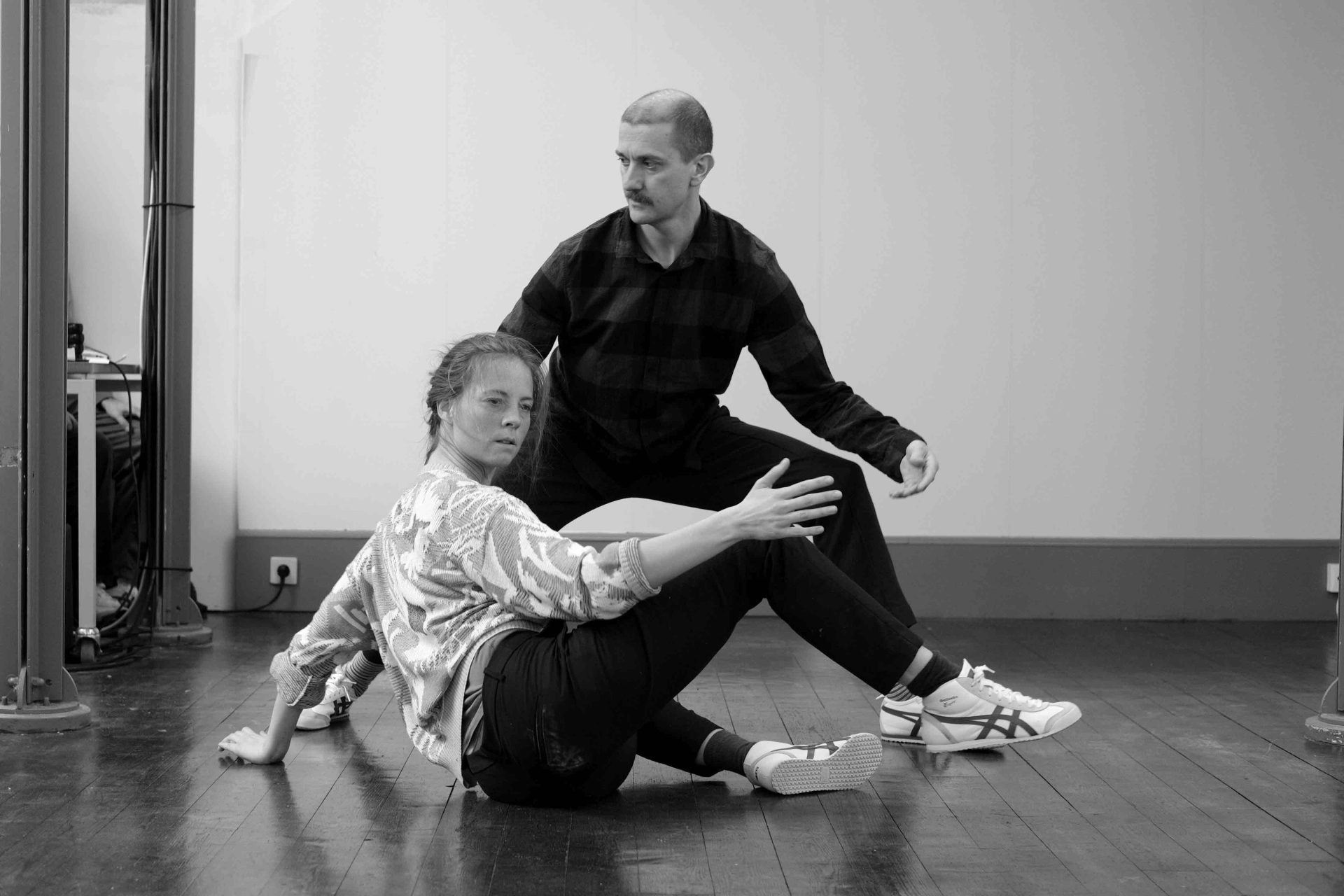 Action, here, is self-perpetuating; but it is not automatised or alienated. The sheer length of the piece – 365 days of dancing, 8 hours per day, distributed over 13 dancers – rather allows movements to not be simply executed but to have time to be observed, their sources and effects in the body taken apart like a toy machine opened by a child curious to discover its functioning. Dancing becomes explorative research: do, see what happens, repeat. Watching the dance correspondingly becomes a process of understanding functionalities of motion: How many axes can a body coordinate at a time? How do joints function as hinges? What kinetic patterns emerge in a body if it stays still? How does motion originating in the skeleton build momentum and become fluid? How can a motion be spatially amplified while retaining its structure? Can a movement be repeated as it was performed before accumulating the day’s fatigue? What can “mis”-alignment – balancing on the outer edge of a foot sole, twisting the ankle – tell us about weight distribution? How does the neck respond to an action of the pelvis? Do, see what happens, repeat: (watching) dancing – a dance varied through each performer’s specificity – is a process of learning and of producing knowledge.

Inserted among such explorations, like a puncture – a performative punctum[1] – a phrase irrupts: “I was assigned a captain today.” The phrase is repeated, fragmented, repeated again, hand on temple to illustrate its words. The joints, bones, muscles, continue to work; but, again, they are punctured – by the telling of a story about an emotionally charged encounter with “a very tall man”; by the dancer insistently pointing in the space and repeating “Da!”. One does not, initially, know how to engage with such moments: Is the story real? Who is the captain? Is he the very tall man? What was “da”? And, most importantly: Are you talking to me? The puncture pierces the spectator’s experience, a reminder that (s)he is not so much looking at a dancer as spending time with him/her; balancing on the limits of performance, between actual interaction and viewing a staged presence.

The joints, bones, muscles, continue to work, until another puncture comes: the dancer addresses the spectator, looks at or talks to him/her. The interaction – if the spectator does turn it into one – will be short; but since everything here is material and everything is transition, it will become integrated in the ensuing actions, fragmented and repeated; it will come back as a puncture, decontextualised but not formalised, its communicative charge piercing through the linearity of the dance. Repetition, far from an affirmation of sameness, will be an occasion to transform it, removing its raw reality but never succeeding in draining it completely. Watching the transformation of an interpersonal exchange into choreographic material, one becomes attuned to the minutest presences in the performance space as potential instigators of action. A fly lands on the floor, next to the dancer’s hand; his/her gaze shoots towards it; intensely aware of his/her own being-present as well, the onlooker sees, in this brief moment, choreography in the making.

Anna Leon has studied Psychology & Philosophy and Philosophy of Art in the UK and France. She currently conducts doctoral research on expanded choreography and choreographic history at the University of Salzburg. In parallel, she teaches practice-oriented dance history and theory in workshops and regular classes.

“I’m fascinated by duration in performance and by the blur that time makes of the borders between art...

For one entire year, 13 dancers took turns performing eight hours a day at Neustiftgasse 31. And on... 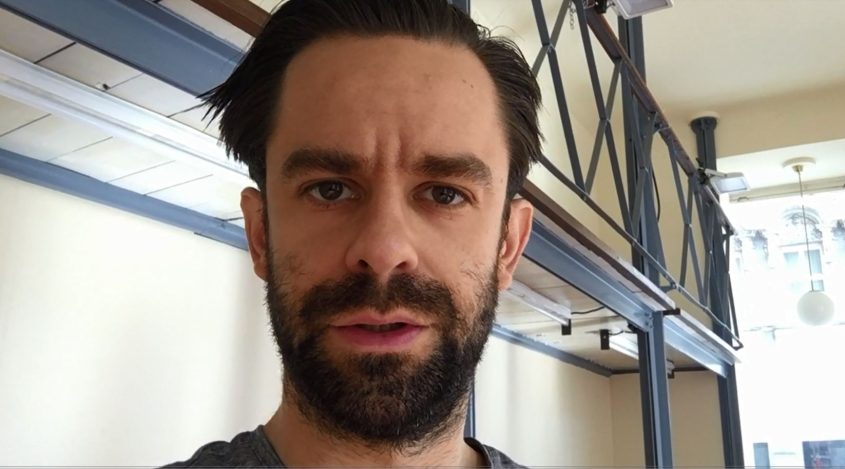 Have you already been to the TQW Filiale at Neustiftgasse 31? It's a shop where you can’t actually...