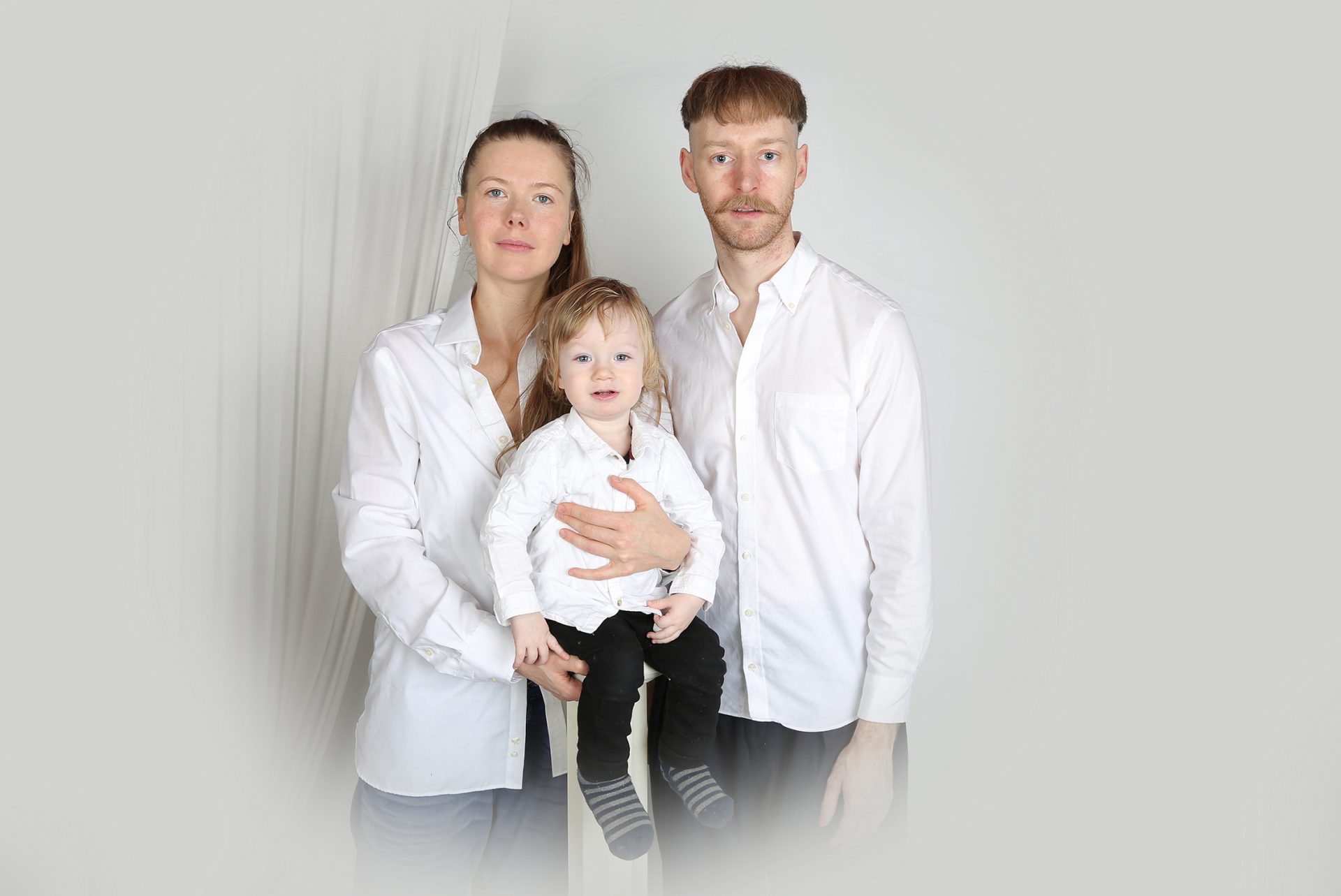 I like the idea that when you put an animal on stage it doesn’t act. It can’t. It doesn’t really know about acting, or how to do it. For a person, an adult human being, it’s different. It’s impossible to put someone on stage and not have them act. They are too self-conscious. Too aware of their surroundings, the immediate environment, and their place within it. But what about a baby? Is a baby’s sense of self so unformed at an early age that he or she can detect the gaze of others and still have no mediated physical response? Based on CODOMESTICATION by Krõõt Juurak and Alex Bailey – no.

Their baby, Albert, age 16 months, knew perfectly well that something special was happening on Saturday night, and that he had a leading part to play in whatever it was. The performance opened with the family of three standing close together, poised and composed as if for a family portrait, staring silently out at the audience. Slight movements could be detected and observed. The parents’ bodies were there in two separate but synchronised capacities, as both independent beings with individual capabilities and simultaneously as extended physical and psychic support structures for their young child. The intimate bond between their bodies was on display in constant animation.

Albert fed from his mother, or simply lay still on her torso. At times he was part of her, at other times he was an autonomous body moving freely in the space. Both Juurak and Bailey were almost always available to Albert. In some sense, he was able to control them. He enacted a game wherein he would be handed from one parent to another, and back again. He would instigate the hand-over with raised reaching fingers and a giggle, coyly glancing out at the audience between motions. Albert knew he was being observed by an assembly of strange and barely visible people. Albert’s parents worked hard to distract him from the pairs of eyes that stared back. They captured his attention with familiar things, bright balls and tricycles and miniature kitchens and tiny tool sets. The toys took on the obvious quality of props; hilarious, exaggerated, fake representations of actual things. Egg, frying pan, saw, ice cream cone. They played with real stage equipment too – Albert was goaded into controlling the studio’s lighting. His parents’ ability to respond to each moment he created with a patience and a fresh sense joy was touching. At two points, Harold Faltermeyer’s “Axel F” intervened, as if to remind the audience (and maybe Albert) that a performance was happening. A choreographed dance took place to the music, with Albert carried dutifully in his parents’ arms.

Juurak and Bailey love Albert. As an artist couple, they decided to incorporate him into their artistic practice. The ethics of such a decision are plausibly questionable. But children have played important roles in artists’ work before. My favourite example is in Polly Devlin’s highly provocative “The Daisy Chain”, where she casts her youngest daughter Daisy as the unwilling star of a documentary about her pre-teen life. An artist’s work can blur life’s boundaries; it can be time-consuming, personal and messy. These aspects are magnified, and indeed run the risk of being condemned, when a child is involved and the parent is determined to continue to pursue their creative path.

In the case of CODOMESTICATION, the ethics were not at the forefront of my mind as Albert clambared merrily about his business. He was clearly not in any discomfort, danger or pain. Having him on stage seemed as natural as having him at the supermarket or on the bus or in any other public situation where there is you, your baby, the rest of the world, and any measure of unpredictability. In fact you could argue that the stage is by far a safer and more secure environment than, for example, a party or a plane ride or a restaurant. Rachel Cusk describes caring for a toddler like being in a constant state of panic. “The business of looking after a child possesses a core of unruliness, a quality of continual crisis, […] Suddenly our life was like a drama in which the bomb is being disabled against the clock.”[1] True to life, watching Albert’s spontaneity, unique sense of timing and high-stakes whims were a welcome departure from the scripted routines of most theatrical productions.

The performance ended on a beautifully anarchic note, as Albert had begun to tear through some rolled-up Tanzquartier posters. He stopped in the middle of the act, and it was unclear if he had thought twice about what he was doing, or if he simply grew bored, and the half-torn poster dangled from his hands, as he looked out quietly from his parents’ arms and waited for something to happen.

curator Kate Strain (born in Dublin, Ireland, living and working in Graz, Austria) is artistic director of Grazer Kunstverein where she curates the seasonal artistic programme. She also works in a curatorial capacity with Department of Ultimology (Trinity College Dublin), RGKSKSRG, and The Centre For Dying On Stage.

“We do this work not only because we believe in a society that is more inclusive of children... 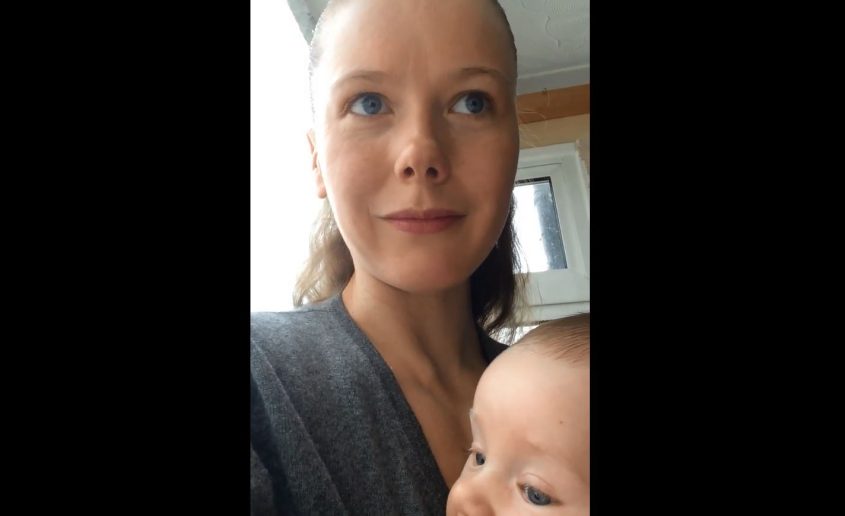 “It is always interesting to collaborate with someone who is unpredictable and has a different world view.” Krõõt...