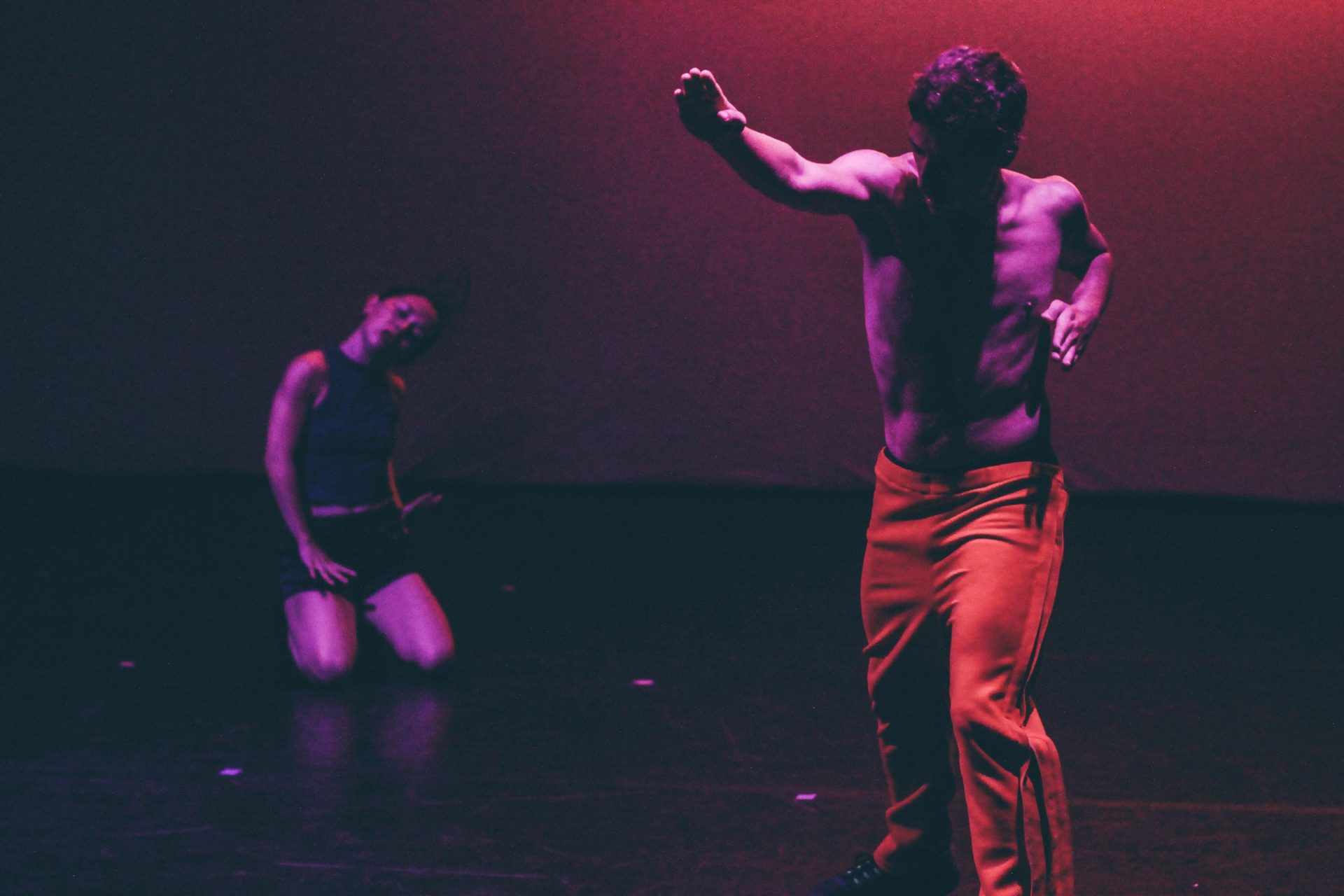 Two clothed men and a naked woman are depicted sitting on the forest floor in the foreground of “The Luncheon on the Grass” by Édouard Manet, which caused a scandal in Paris for precisely that reason in 1863. I am also reminded of Kazimir Malevich and Suprematism, the black square and the preference of the painting avant-garde at the beginning of the previous century for the primary colours red, blue and yellow. How does one relate to the other and to the piece Rule of Three by Jan Martens?

With the exception of musician NAH’s equipment at the back left, the stage is empty. The projection of a handwritten note with headings or titles is emblazoned prominantly on the back wall of the otherwise black stage. Initial expectations are fuelled: are we to expect a piece of music or dance to go with each title? And does this mean that the first track is called “Suddenly Afraid”? When Belgian artist Jan Martens says of himself that he is a late bloomer as a choreographer and that he spent many years of his life sitting in the auditorium himself, does that mean that he knows how to play with the audience’s expectations in an age of sensory overload and task-switching? In his latest piece, comprising the elements of music, body, dance, text, costume and light, new combinations, new stimuli keep emerging that trigger associative patterns in the audience. The surprise spectrum is large, while the colour spectrum is small. The primary colours red, blue and yellow govern everything: from the costumes and the lighting concept through to the water bottles onstage.

A central element of the show is music producer NAH from Philadelphia, who plays the drums live. Atmospheric lighting and light accents draw the spectators’ eyes, the varying soundscape takes them along into the danced scenes that are mostly performed in a highly energetic manner. The impression is one of successive intros. A dancer in blue sports clothes begins to dance a solo, his movements are angular with an emphasis on the arms, a second dancer in red shapes the next moment, a kind of lyrical counterpart. Once the dancer in yellow has been introduced, one of the main rhythmic images emerges: always keeping a certain distance and following a pattern, the three of them start jumping about like crazy in the light field of an acute triangle. The mood in this trio is good. With three dancers, it’s not surprising to see many trios, but there are duos in various constellations as well, which set wheels of the mind in motion. The same rules as on the Net apply: a click, a tap – a short amount of attention is half the victory. But choreographer Jan Martens doesn’t make things quite so easy either for himself or for us. Exhausted, the musician exits after the last drum solo.

And while the spectators may remain in their seats and, for the moment, in the dark, they do draw the attention of the dancers – Steven Michel, Dan Musset and Courtney May Robertson – in the end. On account of her height, her powerful petiteness, the latter has a great impact on the aesthetic expressiveness of the subsequent close three-way constellations. After a longish blackout, the performers are now naked and take a close look at their audience. Courtney May Robertson has painted her lips a beautiful red. They form body landscapes with relaxed precision, one of the first images is reminiscent of the aforementioned scandalous painting by Manet, except that, in the performance world of the year 2018, all performers are naked, men as well as women. Impressionism, too, is only a click away from post-modernism, demystification included. But writing as escapism is not the solution either, as the text projected at the end suggests to me; music, dance and pausing to reflect, on the other hand, possibly is.

Bettina Hagen lives and works in Vienna. Degree in art history. Initially curator at the Picture Gallery of the Academy of Fine Arts Vienna, then freelance journalist (including for Falter and Der Standard) and curator in the fields of theatre, dance and performance.

„In Rule of Three the combination of dance, music, light, and text is at service of a global...

Jan Martens on Rule of Three 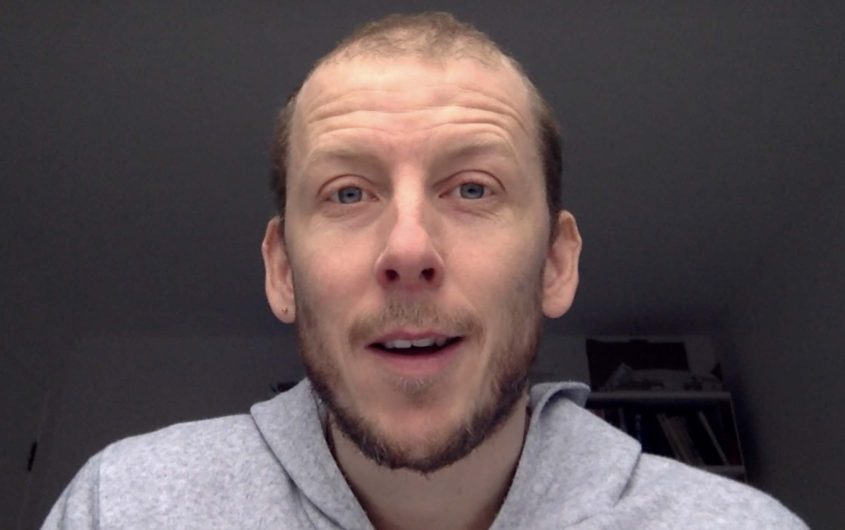 A dance performance that is built like a Facebook wall and in which the number three plays a... 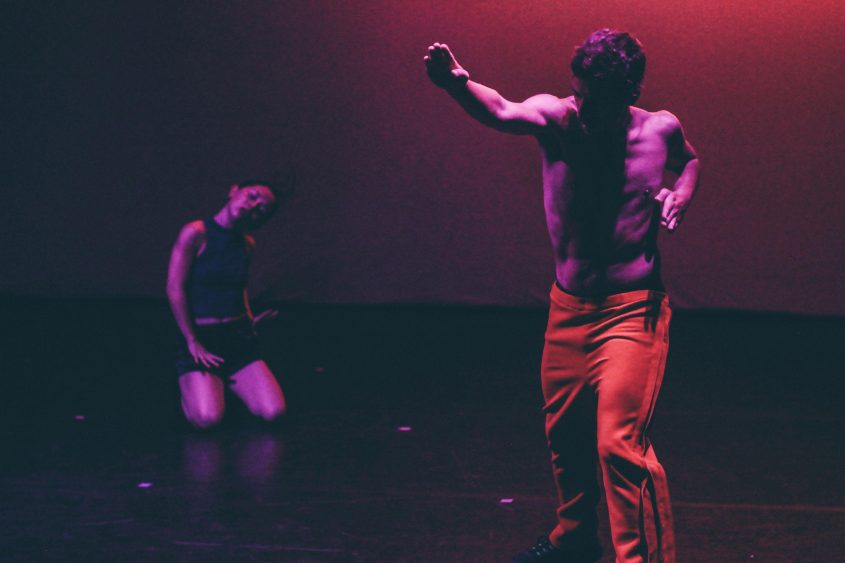 What is possible on stage? The productions of the Grammar of Stage series focus on this specific question...