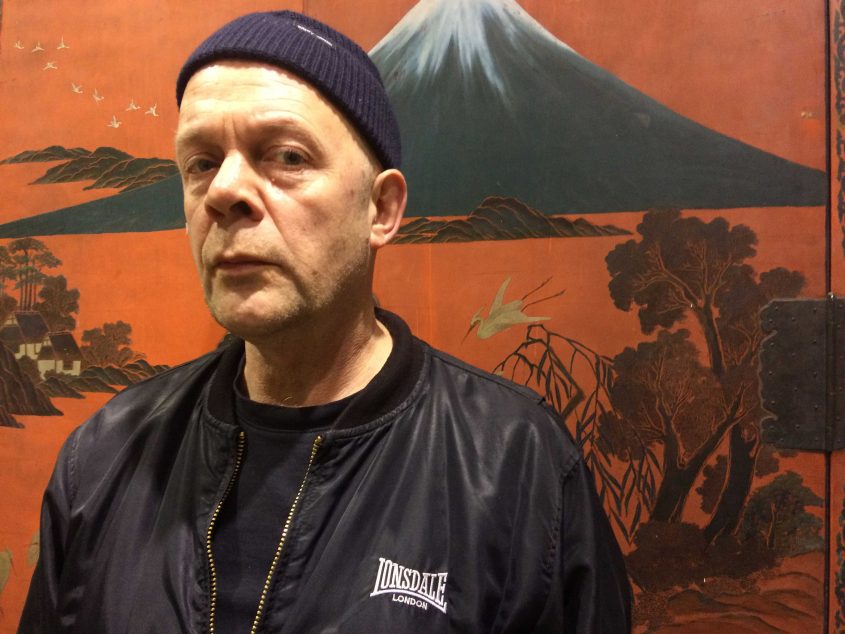 born in 1966, lives in Hamburg and has taken a long vacation from things he should be doing. Just as many others who do not know what to do with themselves, he started writing. Sometimes he even manages to write a book.

The lecture will be followed by an open discussion moderated by Thomas Edlinger.

“I like fashion. What can you do, other than love the contradictions of our time?” — Hans-Christian Dany

MA-1 is the ultimate bomber jacket. It covers the body with Alpha Industries, it clothes alpha males with its production line attire. Being the most produced uniform jacket ever made, it materialises not only the ambition to get on top, to be airborne and to kill whatever is below, but it also represents the response to the winding paths that lead all the way to the bottom: subculture. Since the inauguration of drones and the exploitation of niche markets, bomber pilots have become an endangered species and bomber jackets have managed a comeback in fashion. There, the bomber jacket interacts with the norms of a neoliberal reality without simply saying Yes.

Bomber jackets, sweatpants, camouflage, Supreme, Yeezys, Off-White, Vetements – what made the stage of the fashion world will leave no trace behind, will be debased and forgotten. The inner workings of fashion unite people, create communities and separate them again. They cause chaos and reinstall order, they are beautiful and ugly, they go around dressed in capitalist slogans. Simultaneously, they are haunted by their rioting nature. And because of fashion’s tight grip on our bodies, our polyamorous affair seems to be in a permanent state of emergency.

born in 1966, lives in Hamburg and has taken a long vacation from things he should be doing. Just as many others who do not know what to do with themselves, he started writing. Sometimes he even manages to write a book.

For the first time, choreographer Ian Kaler has created a big stage production for Cullbergbaletten. ON THE CUSP...

“A dancer without legs shows us what dance really needs, is and can be.” — Steffen Georgi, Leipziger Volkszeitung,...

For a few years now, there has been a lively debate in the art world about (partly) autonomous...