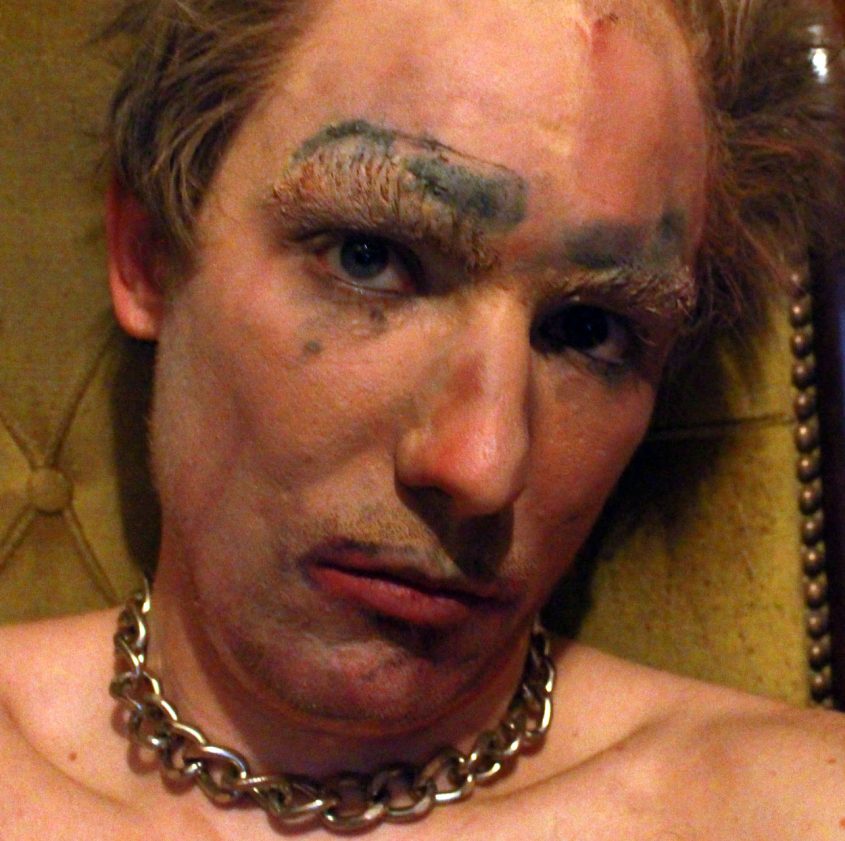 is a film-maker, author and performer. In his work he examines body hierarchies and their deconstruction as well as the subgenre of body horror and its subversive potential.

For Rakete there are day tickets available including entry to all events on the respective day.

In case of sold-out performances, remaining tickets are available at the evening box office.

“I declare myself as a hole and as a worker of the asshole.” — Paul Preciado, Contrasexual Manifesto

The dichotomy of active versus passive is still defined by a marked hierarchical divide not only in heterosexual contexts but in homosexual and queer contexts as well. While the active position (top) implies a sense of strength and invulnerability, especially in a sexual context, passivity (bottom) has a weak and oppressed status both in society and language. Stefan-Manuel Eggenweber counters this with A Passivist Manifesto. It no longer suffices to make everybody active. Passivity must be reassessed as an emancipatory position. Activism has had its day. The hole rises and strikes back. The hole devours and spits out. The hole encloses benignly and voraciously. It has already wrapped itself around you.

is a film-maker, author and performer. In his work he examines body hierarchies and their deconstruction as well as the subgenre of body horror and its subversive potential.