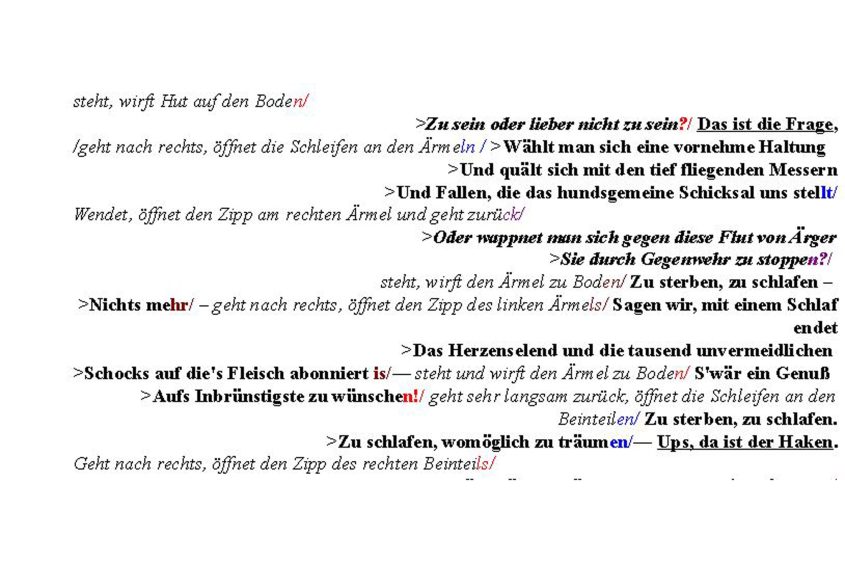 If we want to cherish language diversity, we must cultivate practices of translation. From and into all kinds of “mother tongues”, idiolects, media, styles. Not only vague analogies are to blame, but also the “natural-cultural coevolution” which has brought about the extinction of language diversity. The slow but steady disappearance of this linguistic and symbolic ecology is prompted by the overpowering dynamics of the all-encompassing use of the English language. If one were to change these dynamics, one would feel the need to appreciate language diversity again and one would have to face the relative untranslatability of this diversity. But to master this art, to fight fire with fire, means that not only historical national and regional languages have to be part of this task but also styles and codes of nonverbal expression and perception (movement, sound, space, etc.). As a follow-up to the lab TransLate 2006 and its starting point with Walter Benjamin, we will engage with translations from and into German, English and Russian and we will fend off the age of disruption of incompatible styles of life, thought and language with humour, wit and magic; not to be engulfed by the machinery of mere consensus.

Speaking the Languages of Beasts, Birds, and Fish: Movements and Translations