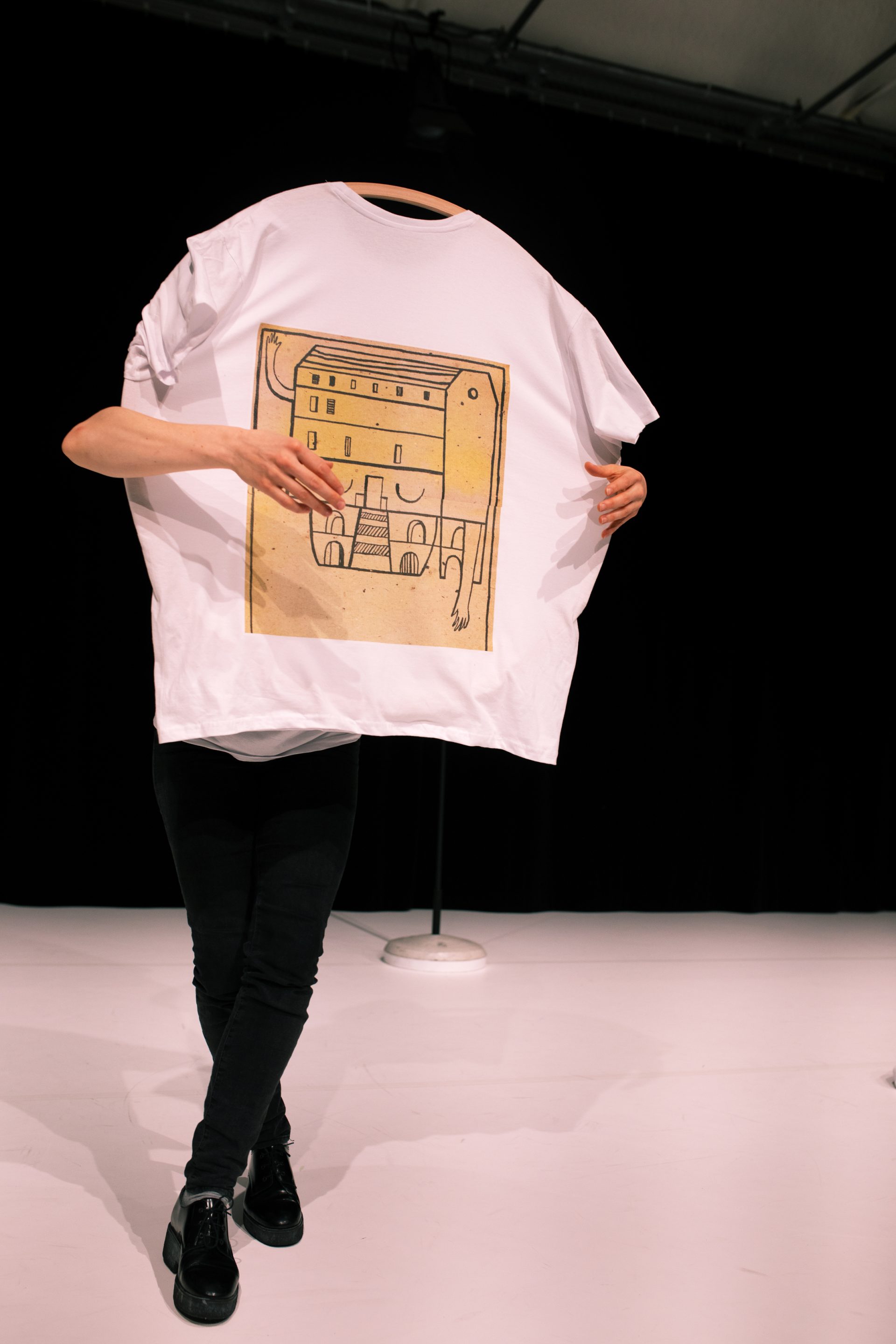 How can the exclusion of women from art and art history be portrayed without going into a sulk but instead in such a way as to encourage women to inscribe themselves into art history?

In the first major performance devised by herself, Private view, in collaboration with Nora Jacobs and Emilia Lichtenwagner, the choreographer finds a way to shed light on the subject. In the truest sense of the word.

A sunny yellow T-shirt, stretched on a round wooden frame, symbolises the spotlight into which everybody forces their way and which should long since have been shone on the works of female artists.

So how can women get close to the coveted spotlight?

At the beginning, there is the dream of being special, of wanting to do something extraordinary, and the desire to be seen. But the sentence “How can you become someone you cannot imagine?” makes it clear right from the start that women lack role models. Little by little, the performers bring such unknown role models to the stage in the form of T-shirts bearing the names of female artists and ironically funny comments: “If all the gossip would be acknowledged, we would be quite famous” (on Camille Claudel). Or on Judy Chicago’s and Miriam Schapiro’s “Womanhouse”, “a kind of feminist boot camp”, according to the performers, which earns a laugh from the audience.

The performers assume the roles of artists whom they select according to personal preference and individual interest. They comment on, stage, show and make heard: exclusion mechanisms, personal experiences of female artists, their own wishes, dreams and thoughts. By way of only a few carefully chosen props and, above all, a couple of hand-picked quotations, it becomes obvious that the art business excludes, is only interested in superlatives and (male) winners (no or hardly any female winners), works only at the expense of countless unseen artists, and authoritatively decides who belongs and who doesn’t.

But the performers go a step further than mere stocktaking. They seek and find strategies: claiming one’s own space or visiting archives or going anywhere else in search of material on one’s own initiative. “If you want to find black artists, look in the archives”, they recommend. There, role models, works of art and female artists’ biographies wait to be discovered, even though this may, at times, require painstaking research and an investigative-archaeological look under the surfaces.

Making one’s own mark, creating one’s own form of documentation and being one’s own role model are other strategies put forward. As this, too, may seem tedious and not particularly promising, the “revolution of lazy women” becomes a vision for the future.

Acceptance of the ultimate transience of success and the marks one leaves forms the philosophical conclusion of the energetic “didactic play”, which balances instructive elements with subtle humour and sharply ironic criticism of the art world, and repeatedly plays with references and hints.

It is the self-confident, humorous-serious presence of the performers in this successful collage with a poetic touch that makes this combination of image, text and performance absolutely worth seeing.

Petra Unger is the founder of Wiener Frauen*Spaziergänge (Viennese women’s* walks). She works as a cultural educator, as an academic advisor for feminist education and politics, and as an expert in gender studies and feminist research.  petra-unger.at 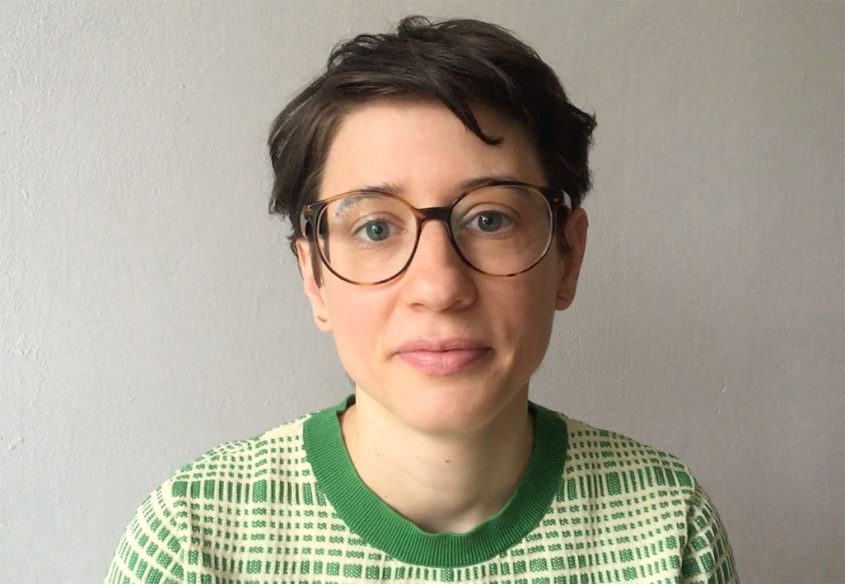 "We need to leave behind the idea of a canon, of this 'You all need to see this...