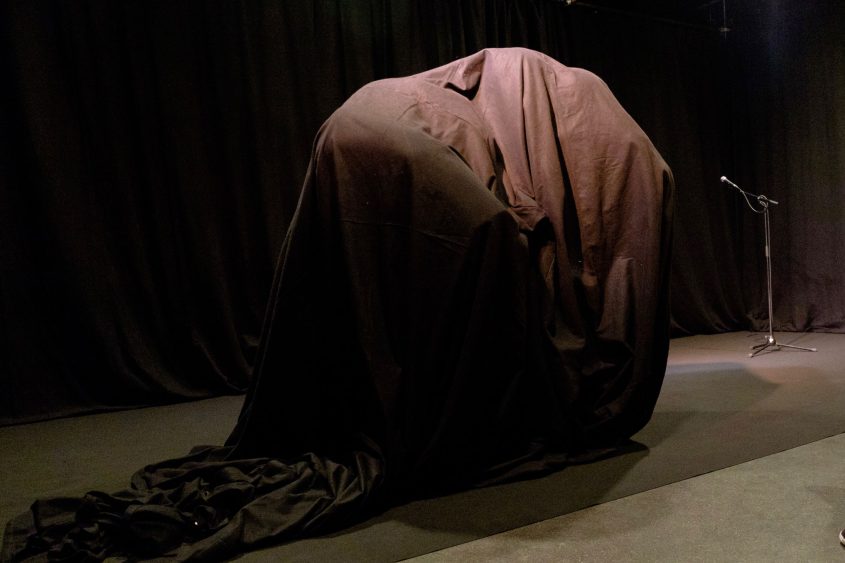 Quim Pujol is the dramaturgical advisor of Andrea Maurer’s piece If What Could Be Is How Why Not. In this essay, he reflects not only the relation between language and the perception of reality but also how the performance deconstructs the power of words.

I start typing on the computer. I have some ideas about what I want to say. I have certain quotes to support my arguments and, yet, I know by experience that soon I will start rewriting some sentences until they become unrecognizable. At some point I will be surprised by what I am saying, I will be induced to reflect in directions I hadn’t thought of and finally, after some more rewriting, I might get to a conclusion I could not have anticipated.

As Isabelle Stengers says, writing itself is an act of animism, for we develop a conceptual structure (a form) while negotiating with the materiality of language and, in doing so, otherness (something which we would not have identified as our view of the world beforehand) makes an appearance.

However, this otherness does not come out of the blue, it is the fruit of a material dialogue with the world, and during this process the boundaries of the body are constantly blurred.

Even if specially obvious in connection with language, this blurring actually takes place all the time. As N. Katherine Hayles thoroughly explains our body is a hub of affects, sensations and thoughts and the autonomous liberal subject is nothing but a fantasy.

Here lies a first striking parallelism with If What Could Be Is How Why Not by Andrea Maurer, a piece where the friction between the inside and the outside is constantly at play. From the moment we enter the space we arrive at a theatre within a theatre  and we will need to find our way into it. During the piece the interpreters make endless entrances and exits and will constantly stretch and redefine the boundaries of space. In and out. More in than out, but not visible. More out than in, driven by an invisible force. Appearing to come in, but finally not doing so and the other way around. Voices that resonate in the space with no visible source. The stage becomes a crossroad of forces constantly pulling in different directions. A metaphor for our own bodies pulled by the numerous tensions that circulate the world.

Within the constant flow of forms and patterns among bodies, language occupies a particular status. First, it is easily conceived as a naturalized element, for we have mostly forgotten how we have learned to talk. If we want to challenge language, we need to make a huge effort to imagine what our own language does not allow us think. Agamben claims that language shapes our relation to the world in such a way that childhood can only last until we learn to talk.

The children in If What Could Be Is How Why Not are around seven years and do “talk”, but their use of language makes it clear that many words and structures still need to be mastered properly. In the performance, both the children’s and the main performer’s utterances make language feel uncanny and we are taken back to the stage where we were constantly puzzled by the relationships between the words and the world.

It is surprising up to what extend we need an elaborate artifact such as If What Could Be Is How Why Not in order to recover this primordial naiveté. Words that point towards a thing in the world, words which partially match a thing in the world, words which do not correspond at all with a certain state of things, words which make something appear, words that lead to something disappearing, words implying things that are actually not said, words distorted by powerful affects, sounds which appear to be words but are only sounds…

This renewed linguistic innocence is anything but innocuous. Language is a shared tool that plays a very important role in the making and renewal of social ties. As Barthes would say, language is a “lieu de sociabilité”, it is the shared cement that bounds societies together. Thus, the questioning of language immediately entails questioning the social structures we inhabit: the suspension of language as we know it is the condition of possibility for other realities.

In If What Could Be Is How Why Not language is not dismantled randomly. A set of basic sentences is subject to endless variations while the boundaries of the physical space in which the public is placed fall apart. The insistence on variation points towards potency and the new setting in which we find ourselves by the end of the piece is indeed uncharted territory. It has to do with theatre yet at the same time it is not a theatre. Humans appear where there was supposed to be only objects. Sound and light seem to acquire a new meaning. Even movement follows different rules.

In the light of current affairs, it is still important to differentiate whether a person making a statement believes it to be true or is lying blatantly (cynicism). However, it might be even more important to wonder what a particular statement “produces” than to think in terms of truth or falsehood. It might also be good to bear in mind that the complexity of our language reveals the complexity of our understanding of things. As Timothy Morton writes, our survival may depend on our ability to cope with higher levels of ambiguity.

If What Could Be Is How Why Not

The piece revolves around a monologue that is being repeated over and over again. While the monologue is...

Andrea Maurer on If What Could Be Is How Why Not 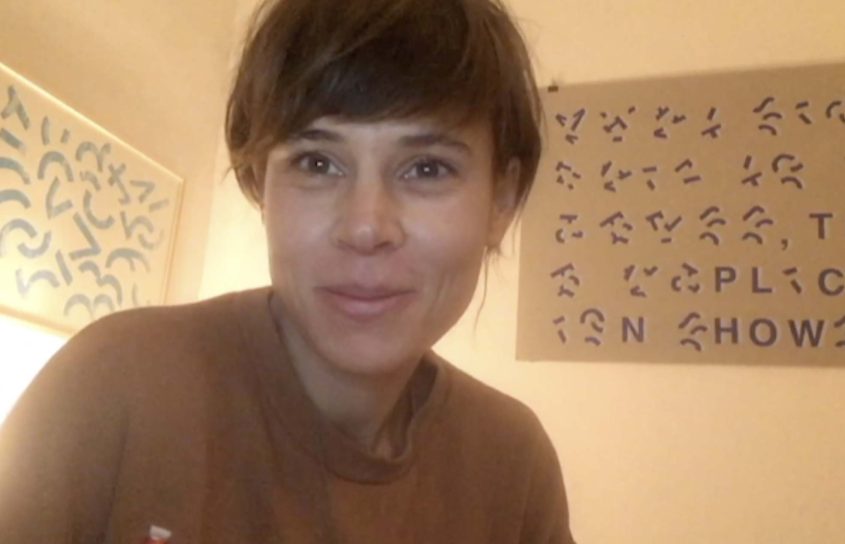 How can one speak about speaking? How can one say something that cannot be put into words? Why...