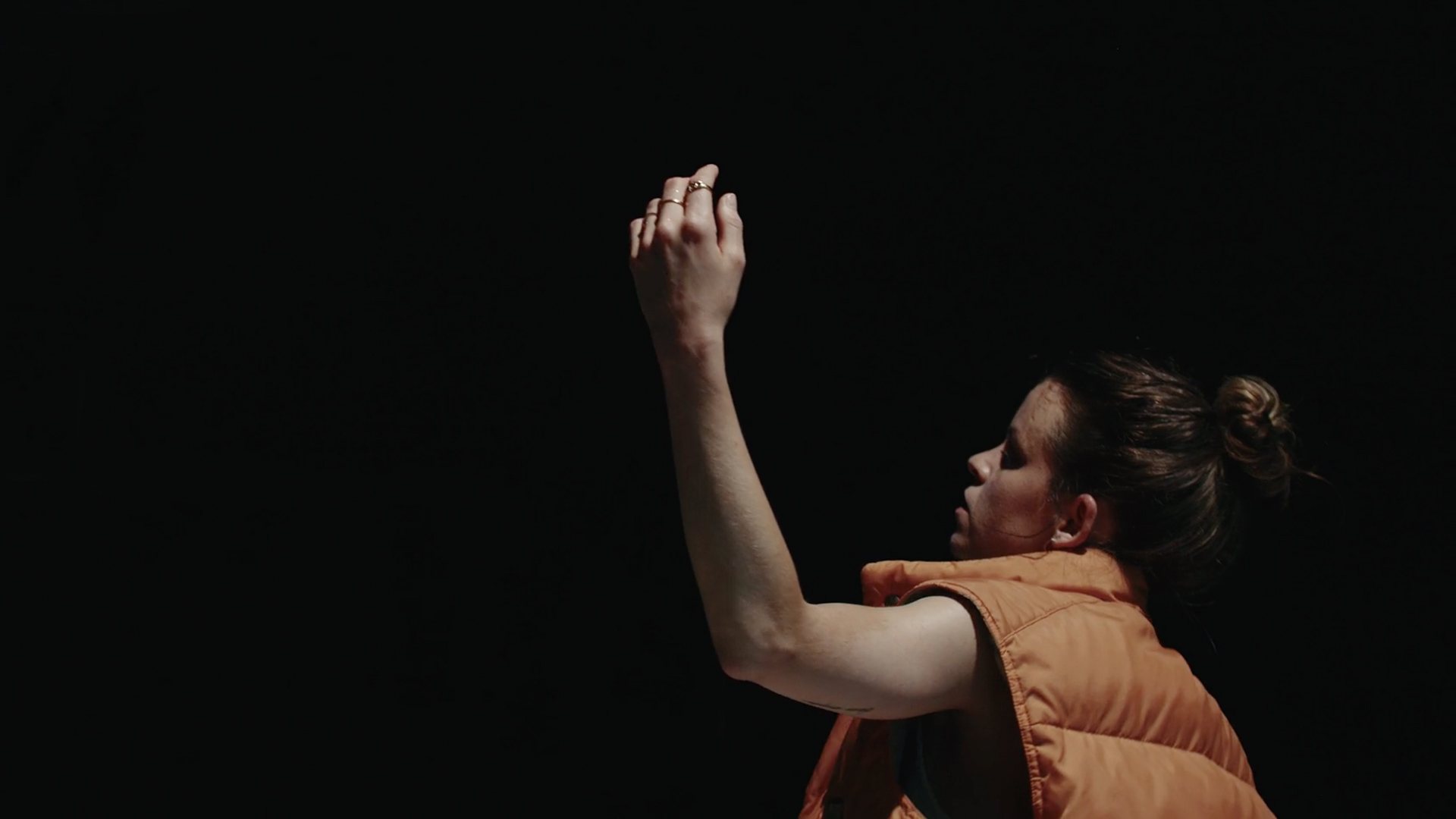 Based on her stage work PLANET BODY // PERPETUUM MOBILE, the first performance we could show again in front of a physical audience on 4 and 5 June at TQW Studios, Karin Pauer has also created a film version of her solo in collaboration with filmmaker Viktor Schaider.

Available as free video on demand until Tue 29 June.

„This body is fragile.“ — Karin Pauer

How is it possible to challenge and shake the anthropocentric perspective by means of empathy and care? To conduct such an experiment, Karin Pauer has chosen to embody the Earth. Starting with her own body, she searches for analogies between mankind and the planet. The perpetual movement of the Planet is juxtaposed with the body’s limitations. The performing body turns into a hard-working, fearless, tireless body. Pauer counters the notion of destruction and exploitation with a contemporary ritual. A space for contemplative rebellion emerges, filled with sound from the album Agora by Austrian electronic pioneer Christian Fennesz.

PLANET BODY is part of the series dances of the Anthropocene.

Credits
Concept, performance: Karin Pauer
Light: Sveta Schwin
Sound: Agora (2019) by Christian Fennesz
A co-production by Kunstverein ARGO and Tanzquartier Wien. Supported by Wiener Festwochen. Thanks to nadalokal.
With the support of Life Long Burning – Towards a sustainable Eco-System for Contemporary Dance in Europe (2018–2022), a project supported by the Creative Europe Programme of the European Union.

„This body is fragile.“ — Karin Pauer How is it possible to challenge and shake the anthropocentric perspective...