The premiere of Michael Turinsky’s new work Precarious Moves at TQW had to be cancelled due to the COVID-19-pandemic and postponed to January 2021. In a dialog on experiences during the pandemic and non-events, mobility and resistance Katherina T. Zakravsky and Michael Turinsky attempt to bridge the gap.

On a website[1], I came across a term with which you have apparently been working since 2019: “crip”. Could you elaborate your understanding of the concept?

And my follow-up question is: When there is a pandemic, all people, whether they’re officially labelled healthy or not healthy, normal or not normal, are confronted with their own vulnerability and susceptibility to infection – does this in some sense alter the aforementioned programmatic term, as I imagine, or what happens to this concept in such a situation?

First, I want to say something about the term “crip”. It was brought into discussion by Robert McRuer[2], who wrote a book called “Crip Theory” some time ago. In his book, McRuer tries to make a connection between two discourses, namely “disability studies” and “queer studies”. To put it simply, while “queer” denotes a certain resistance[3] against “heteronormativity” or the dogmatic dichotomy of the two sexes, McRuer defines “crip” as the inherent resistance to what he calls “compulsory able-bodiedness”, … this means it’s not only about a general vulnerability of the human body, but it’s also about a body’s specific inherent resistance to specific normative forms of bodily functioning.

And in this regard, I would say that being exposed to this pandemic has made us all realise our vulnerability, but it has also shown that this difference still exists, between those who are able to conform to the normative forms of bodily functioning, and those who inhabit a rather specific bodily resistance. Nevertheless – and here I am also referring to my solo – we all are experiencing issues of mobility during this pandemic, and we must face questions regarding our mobility needs: How important is it to us to move about freely; or in what ways does a so-called good life not necessarily involve unrestricted mobility?

I understand that mobility can be a suspicious cult. And, indeed, it’s not always self-evident that a maximum of movement in every imaginable location has no value in itself. But it also raises the question of: What does free movement mean in general? If you simply say that you want to be in a state of motion or you do not want to be locked up, both as basic and fundamental human expressions of imagining and experiencing happiness, then it’s truly an interesting question: What kind of movement is it that can make us happy at a certain moment, or even permanently?
In a way, this is not really a question anymore but a comment. Still, I can understand that the difference in one’s own lifestyle and form of life – something one cannot really choose oneself and which makes it a challenge, something incorporated that cannot simply be manipulated and changed at any given time – leads to a specific experience of a crisis such as this.

Thus, my second question is: What was your experience of this crisis, especially as an artist and choreographer, a crisis we possibly haven’t seen the end of, but it’s not quite as tough anymore as it used to be in March and April?

Generally, I had a very positive experience, and I am quite aware of my own privilege here, being financially secure. In fact, I was able to reduce my own activities a little bit, to broaden my perspective and focus on the general field of society in which I am embedded as an artist. This also triggered some self-reflection in regard to the relevance of my own artistic practice and my civic agency, that is to say, my political responsibility. But I am also lucky to have a balcony, so I was able to stay fit as well. In hindsight, I can therefore say that I had a positive experience because of my situation.

That’s interesting to hear, because I had a similar experience, even though I am almost definitely in a different situation. I also felt more connected to the society I live in, because everyone had to work from home – something I usually do on a day-to-day basis. So, it felt like I was already used to it, but at the same time I knew that I enjoyed the privilege of not having to teach my kids or something like that.

The third question is a somewhat strange, or rather philosophical question: On the day of the premiere, the performance couldn’t take place for obvious reasons… I know from my own working practice that your whole work and life is structured around this day. So, there is this kind of bubble, a bubble made of the potentiality of this non-event at this point in time or space-time.

Did you feel the same way? And how do you cope with this non-event, which still constitutes some kind of event – knowing that the real event will in all likelihood take place at some later point, but also realising that this will somehow be a completely different piece by then?

Thank you for this philosophical question, to which I still want to reply in concrete terms.

There is one specific problem: I wanted to start the performance by greeting each audience member individually: with gestures like shaking their hand or hugging them or giving them a peck[4] on the cheek. It felt like this was a great way to introduce them to the topic, to make them experience the relationship between gesture and environment; since I am probably making gestures in a different way than other people. This raises the specific question: Can I still pursue this idea despite the looming pandemic? And if I can’t, what else can be the opening statement of my performance[5]? And, at the same time, I am asking myself if my desire to propose something like an eco-somatic choreographic gesture still has the same edge, since we are now in a completely different situation as a society. Does this mean I have to adapt my text? Do I have to completely rethink the relationship between gesture and environment in regard to the specific context of the pandemic? The postponement of this event requires a lot of work of reworking.

But I think you should not cling to this bubble of potentiality, but you have to blow up a new bubble …

At the beginning of our conversation, you used “resistance” as a term to address aspects of “crip theory”. But this also makes me think of its political dimension. And you also mentioned how having “the brake pulled” as an artist has given you the opportunity to acknowledge the role you have to play in society as a civic agent, especially when one is confronted with a reality that presents new and complex forms of resistance – that have invisible as well as visible and tangible consequences. In what ways does the multi-layered concept of resistance change in such a complex situation, also in regard to the specific individual corporality?

You are rightly asserting that there is a certain ambiguity embedded in the concept of resistance.

Katherina T. (KT) Zakravsky/ZAK RAY.TransFormanceUnit. Concept/performance/media artist, who studied philosophy and works as author, and in developing projects in the field of artistic research (Arts/Science/Society). “Training&Education Group/ViennaSchoolOFF” in the context of “Wiener Perspektive” since 2017, urban projects in Seestadt Aspern since 2015.
planetzakra.wordpress.com/author/planetzakra/

[1] https://www.muk.ac.at/veranstaltung/workshop-crip-choreography-mit-michael-turinsky.html
[2] Robert McRuer, Crip Theory. Culturall Signs of Queerness and Disability, Cultural Front, 2006.
[3] MT is using the German term “Widerständigkeit” which is an unusual but existing German word. “Resistane” does not cover all its meanings and colours. One would have to create a new English word such as “resistability” or “resistingness” to come close to its rich potential and stubborn insistence that is essentially tied to a given physical experience that both drives and limits a specific artistic project. (KTZ)
[4] Even though the correct term for a fleeting, non-romantic kiss this word does not quite cover the tender provocation that lies in receiving a “Busserl” (thus the word that has been spoken) from an unusual performer at the beginning of his performance. (KTZ)
[5] The premiere is planned for January 2021 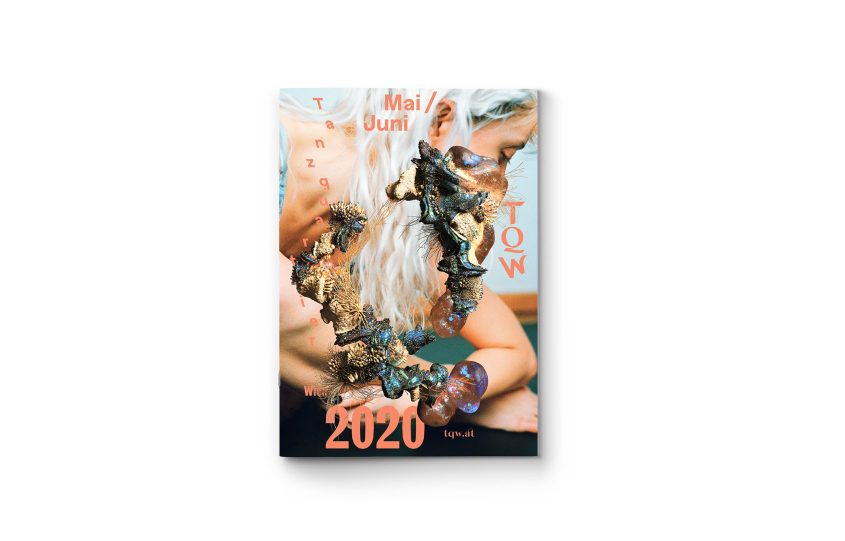 Dear audience, A few weeks ago, when we wanted to announce our programme for May/June, we were certain...