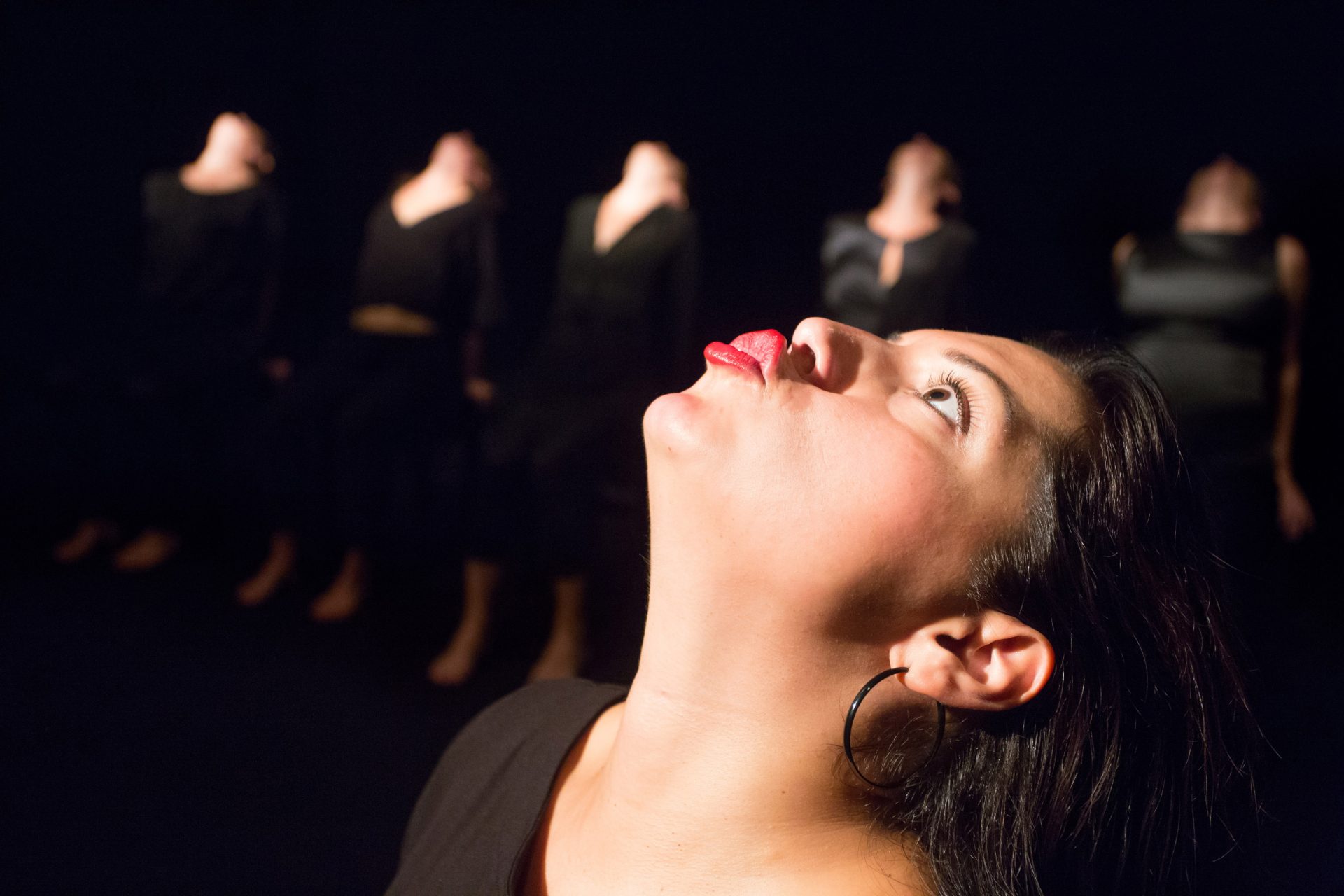 Shortness of breath, breathing difficulties, breathlessness – terms such as these may be used to diagnose the condition of an achieving society. Targeted inhaling and exhaling plays a central role in various types of couple’s therapy, in heart breathing, speech and language therapy or yoga. As a means to rediscover your own body or to better understand the person you interact with by way of the most basic bodily functions, as it is said. As an everyday necessity, however, breathing is an act devoid of intention, just like we are inadvertently living in a continuous exchange relationship with the community of which we are a part.

The Slovenian exclamation “Zraka!” (Air!) preceded the experimental piece by Janez Janša and his co-authors Boštjan Narat, Irena Preda and Irena Tomažin in its first version in 2015. There really is something in the air in Something’s in the Air: a sense of tension, negotiation and violence. The wide range of varieties and distinct peculiarities of breathing are equal to those in spoken language. Thus, breathing in the context of the performance takes the place of speaking and provides explanations about how the social fabric organises itself. There is no communal meditation in Something’s in the Air to precede a keeping-up with the demands made on us. Rather, in the words of sociologist Hartmut Rosa, the performance generates an “experience of resonance”, an opportunity to intuit the world and connect with it.

The initially totally dark room takes the audience back to the punctiform nature of existence. It’s as if orientation in terms of space and time and one’s own corporeality have melted away. The snorting, panting or sharp expelling changes in rhythm, volume and intensity. A breathed “dialogue” becomes increasingly oppressive when anxious gasps mix with malicious laughter. The setting – bleachers opposite the stage area – can only be guessed at when a single, weak spotlight reveals soprano Irena Preda from out of the darkness. At first, the audience are separated from the stage area by a semi-transparent membrane; this is later lifted like a veil.

The seven female performers – perhaps an indication of Janša having first come up with the idea for this piece in antenatal class – are sitting in front of us, dressed completely in black. The physical interaction suggested by the previously so lively “dialogues” is now corrected by the apparently rigid arrangement of the bodies in the stage space. The spectrum ranges from quasi-religious motifs – such as breathing into each other’s mouths – to breathed group discussions that reflect the rich variety of ways to inhale and exhale. In the third part, the audience is immersed in darkness again, whereby a hermeneutic cycle of sorts is set in motion, a loop that enables the spectators to reflect on the previous experience.

According to Janša, Something’s in the Air is not directed towards the “outside”. Potentially, the goings- on affect the audience as well. This becomes particularly evident at moments when the sometimes grotesque sounds made in the stage space transform into subdued laughter in the auditorium. Naturally, the breathing is contagious, it passes like a spark, just like a yawn in a room or the lighting of a cigarette in a bar. Breathing concerns not only ourselves – its function isn’t solely inward-looking – it has a social function as well, just as language organises our thinking and is designed for interaction. Inhaling and exhaling are therefore inherently bidirectional, like speaking and listening. This double function means that breathing serves as a link between the self and the community.

By doing something together we create a community based on constant intersubjective negotiation. A gathering of people does not a community make, and along the same lines Something’s in the Air only creates a space of possibilities. Essentially, the question is how “community” is imagined and lived. When we breathe together, do we have to agree on the rhythm, the intensity and the volume we use? It is precisely this process of negotiation and antagonism inherent in any community that is represented in Something’s in the Air.

Christoph Chwatal studied art history and phi- losophy in Basel, Berlin and Vienna. He works as art historian and art critic in Vienna and writes for international art magazines and journals. He has been awarded young art critique by AICA Austria (Association Internationale des Critiques d’Art) in 2017.

Something’s in the Air

“Breathing becomes a readable component of a community, which may unintentionally denude an individual through tiny but intimate...

Janez Janša about Something’s in the Air 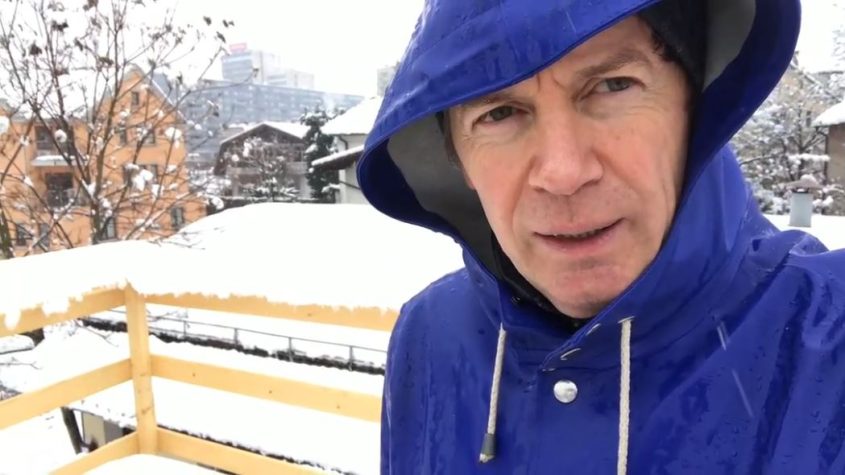 "Something’s in the Air. Indeed." Janez Janša recorded a short piece introduction. In his favorite raincoat...