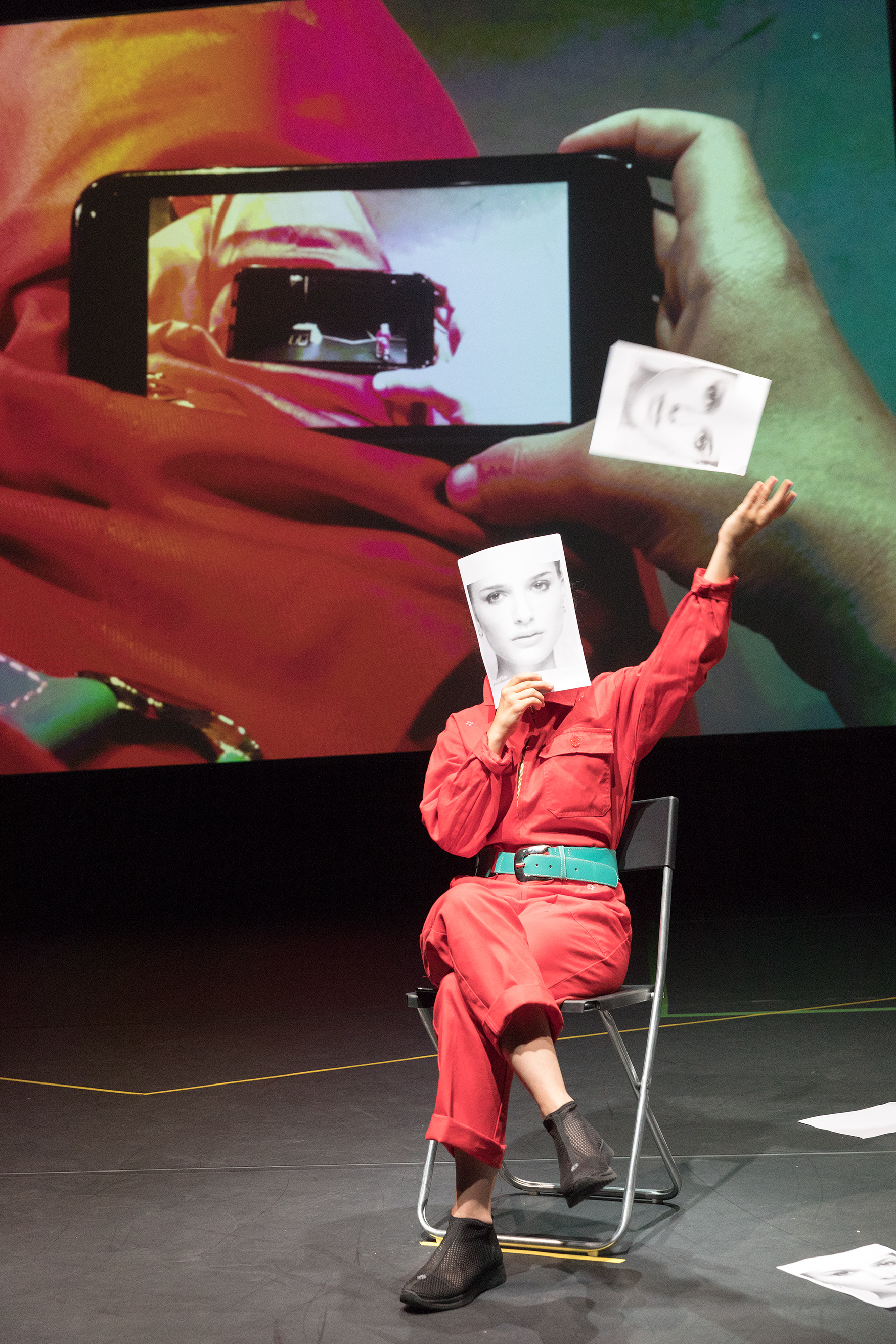 © Lisa Rastl
Antonia Rahofer on one and many by Willi Dorner

Here. Where. No. Nowhere. A table with a write-on blackboard surface, a camera, a screen. Where are those who represent, where those being represented? Where does the stage begin and where does it end? Where does the “real” action take place and where do we first direct our eyes when the action and the stage double? Willi Dorner’s two-part programme, consisting of the performances one (2016) and many (2018), makes claims such as 1 + 1 = 11, thereby calling to mind that the whole is more than the sum of its parts. Because it’s about more than the sum of the digits alone, and an image is more than an image is more than an image. And in case we have already forgotten, just a quick reminder: to swap even one single element that carries meaning for another is to change the meaning of the entire statement: was it a bat or a bar I saw? Adidas, adadis or idadas?

In the scope of Grammar of Stage, the autumn season’s thematic focus at TQW, Dorner explores the stage as a framework of possibilities and a playing field. Transposing it from the physical to the virtual space, he transforms the blackboard drawing into a moving image and allows the moving image in turn to become an independent entity, thereby displaying its temporality. Because not only the members of the audience are witness to this evening, the piece is not exclusively staged for them but also – or rather: primarily – for the all-registering and all-regulating gaze of the camera, whose boundaries determine the scope of visibleness as well as the corresponding space of action. As the “live moves” engage with previously recorded sequences of movement in a choreography that is orchestrated both cooperatively and uncooperatively, Dorner invites the memory of what has passed, “le souvenir”, onto the stage and lets the image – as a reference to that which is absent – participate in the action taking place here and now. Pieces of clothing become moving bodies, faces turn into devices, traces of chalk and sponge transform into the primer of a painting. Geometric shapes become dynamic, the acts of writing and drawing claim the act of dancing for themselves, and the sound drives the action forward – at times drifting towards eeriness, at other times towards the comical. Heinz Gappmayr’s one-word poems bring the lyrical quality of nonsense into play as well as a potential for the political, which freezes the smile on your face now and again. Freeze.

In both one and many, the eye of the beholder is torn between two points of interest. If you follow the live action, its doubling or divergence on the screen eludes you; if you follow the camera’s gaze, which transforms the tabletop view by way of the screen into digital still and moving images, you fail to notice all that’s going on outside the quadrangle. The performers double, are reflected on the screen, and by watching the projection of their bodies and movements with their own eyes, reconstructing becomes generating and comparing turns into disciplining. On the screen, the arms and hands of the present encounter their images from the past. They confront their “digital others”, dancing and fighting with them, while the good old real bodies on the stage perform a coquettish striptease reminiscent of Jérôme Bel. Pull over the pullover, or so this reference could be called. Using black-and-white photocopies, the performers in many browse through the pages of an analogue Facebook, mutating from Angela Merkel into the “queen of beauty” and back again in the process. Just keep smiling and keep the pout in sync with the increasingly defective audio track, which soon makes a pose degenerate into a farce and causes a smile to become laughable. One become many, and many is more than one: what remains are bodies, digitally multiplied ad infinitum, and a feeling of being left alone in the wireless ether. What and who are we? Connection-enabled “tracking points” with + and − polarised battery heads, whose mere shaking of the head is enough to successfully and completely erase their own image?

Antonia Rahofer is an arts and cultural studies scholar as well as a freelance writer with a focus on film and video art in transdisciplinary contexts. She studied comparative literature and cultural studies at the universities of Vienna, Innsbruck and Aix-en-Provence. University teaching positions as well as curatorial and academic projects since 2009, including on the issue of the interview as an artistic practice. Curatorial Fellow at the documenta 14, worked for the diagonale – Festival of Austrian Film administrative team, currently managing editor at the steirischer herbst festival.

Willi Dorner is well-known both for his pointed works in public space and his clever play with the...

In one, Austrian choreographer Willi Dorner uses wit and lots of irony to combine Heinz Gappmayr’s onewordpoems with...

Willi Dorner on one & many 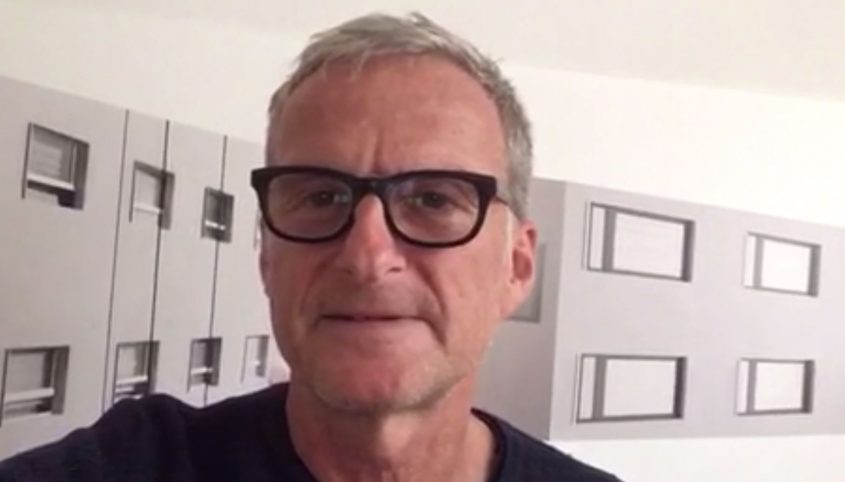