The lecture and symposium programme is devised by Thomas Edlinger, Janez Janša and Janine Jembere.

The three theory curators bring different perspectives to the table: in addition to a choreographic-analytical approach, a pop-culture outlook critical of society and a queer/feminist perspective are increasingly taken into account as well. Some of the theory programme is thematically linked with TQW’s performance programme, but besides that it also investigates essential issues in the fields of choreography and performance, or, more generally, major concerns of our time.

Thomas Edlinger
, born in 1967 in Vienna, is a radio broadcaster, freelance arts and culture journalist, curator and author of books. Together with Fritz Ostermayer, Edlinger has been producing and presenting the FM4 radio show Im Sumpf since 1995. He held a post as curator at the O.K. Centre for Contemporary Art in Linz from 2002 to 2004 and at LENTOS Art Museum Linz from 2004 to 2006. In 2015, he published the essay Der wunde Punkt. Vom Unbehagen an der Kritik. He has been artistic director of the donaufestival in Krems since 2017. Edlinger teaches in the Department of Art and Knowledge Transfer at the University of Applied Arts Vienna.
...
moreless
Janez Janša
, born in 1964 as Emil Hrvatin, is a Slovenian performance artist and theorist. He edited and published Maska, a bilingual (English/Slovenian) performative arts magazine, and was director of an institute of the same name for publication, production and education from 1999 to 2006. He has presented many performative and installative projects and given lectures in many parts of the world since the early 1990s.
...
moreless
Janine Jembere
is an artist and currently a participant in the “PhD in Practice” programme at the Academy of Fine Arts Vienna. In addition to that she is involved in an international research project on the topic of “land and dispossession”. In her artistic work and research, she concentrates on resonances of somatic knowledge, sensory hierarchies, ableism, race and gender. Her works include videos, sound works, performances, plays, and installations. Jembere held a scholarship at Akademie Schloss Solitude, Berliner Senat and Fleetstreet Theater Hamburg, among others. Her works have been in shown in Europe and beyond.
...
moreless

The lab programme regularly held at the TQW Studios is dedicated to exploration and exchange between local as well as international artists and experts.

Unhampered by the customary pressure to produce and present, the participants can explore general topical, specific or utterly unusual aspects of contemporary choreography and performance. Some of the subjects addressed relate to the contemporaneous performance programme at Tanzquartier Wien to enable a closer examination.

However, the labs also provide those interested with a platform to inquire into urgent issues of our time, irrespective of TQW’s programme. Experts or artists curate and run the labs.

Tanzquartier Wien promotes a new way of engaging with the performances: the TQW Magazin. Experts from various disciplines will write a text to accompany every work shown at TQW, which will provide both artists and visitors with additional material for analysis – and not least a focus on the practice of writing about dance and performance itself. The texts will be collected and published at our Newsblog, moreover, as a bilingual (German/English) print magazine once a year. Free copies of the print version are available at TQW Studios.

The Animal called Human Being

Johanna Hörmann in conversation with Chiara Bersani about Gentle Unicorn 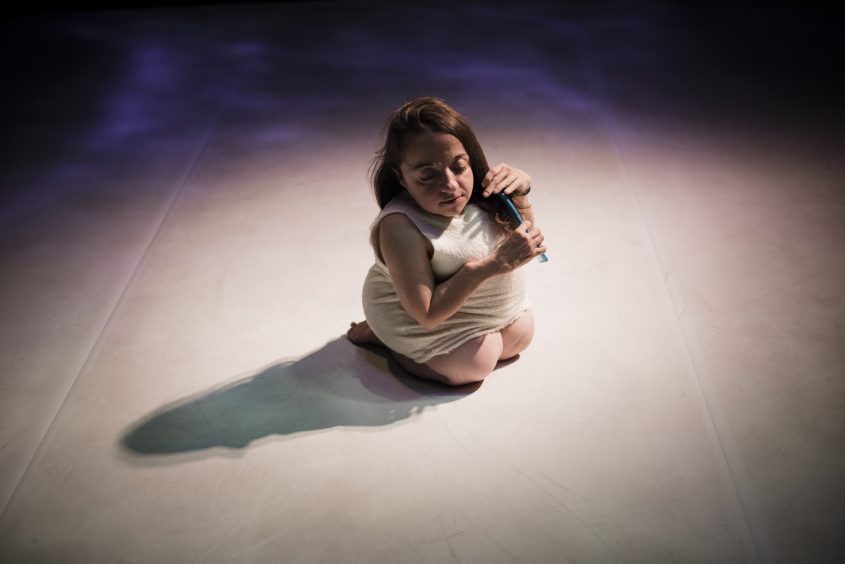 Where do unicorns come from? What is their story? To whom and where do they belong? How do...

The Process of creating Climatic Dances

An interview with Amanda Piña by Claudia Heu 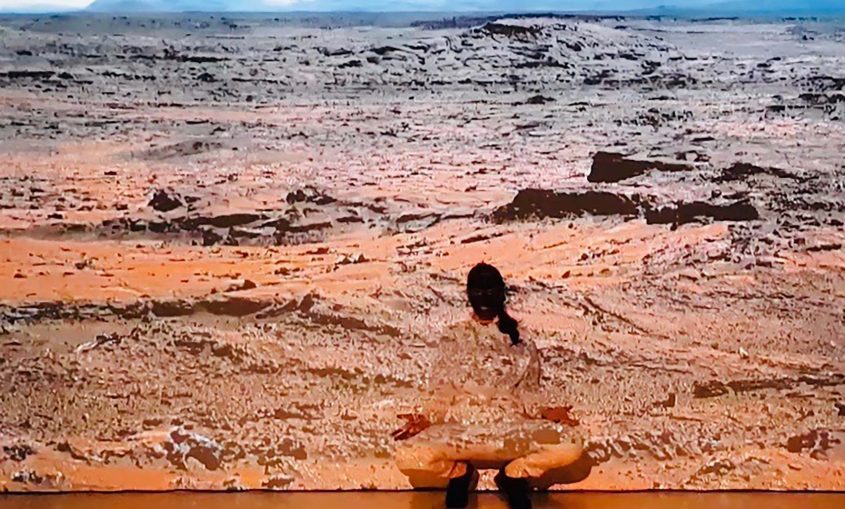 Arash T. Riahi in a conversation with Ulduz Ahmadzadeh and Johanna Figl on Force Majeure 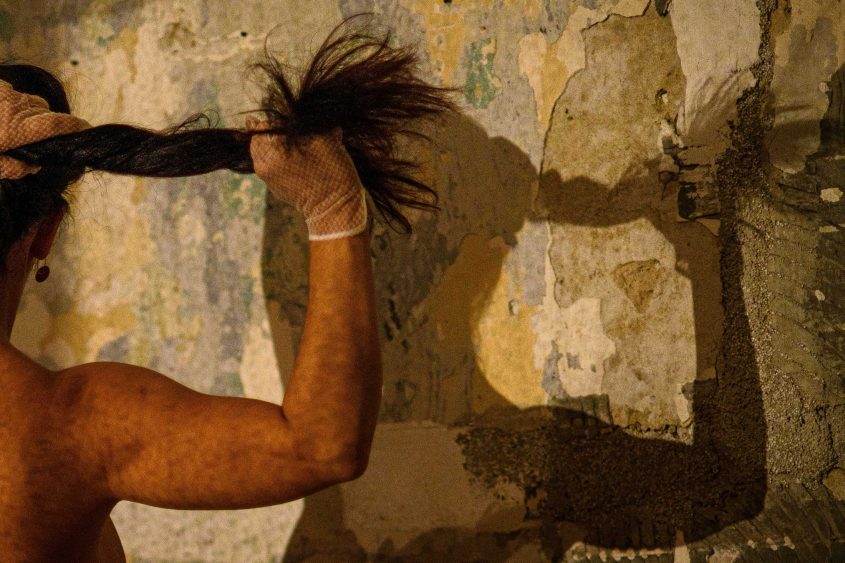 Ulduz Ahmadzadeh and Johanna Figl are currently working on their piece Force Majeure, which among other things deals...

The reference library in the TQW Studios comprises a unique collection specialising in contemporary dance and performance. The well-stocked inventory, which is the core of the library, comprises over 2,600 titles and 2,100 magazines.

The foyer area accommodates general literature and anthologies on the subjects of dance, performance, art, theory and more, including subject-specific works from the fields of gender theory and philosophy. A comfortable, publicly accessible room for reading, researching and riffling is located on the first floor under the roof. A computer workstation is provided to browse the complete digitised archive of live performance recordings, lectures and labs held since the opening of TQW in 2001.

Moreover, a regularly updated selection of books, articles and videos related to the performance programme is available here to read up on or preview.

In the exhibition area we present a monthly changing program that is selcted from our archive. It communicates with the stage program. 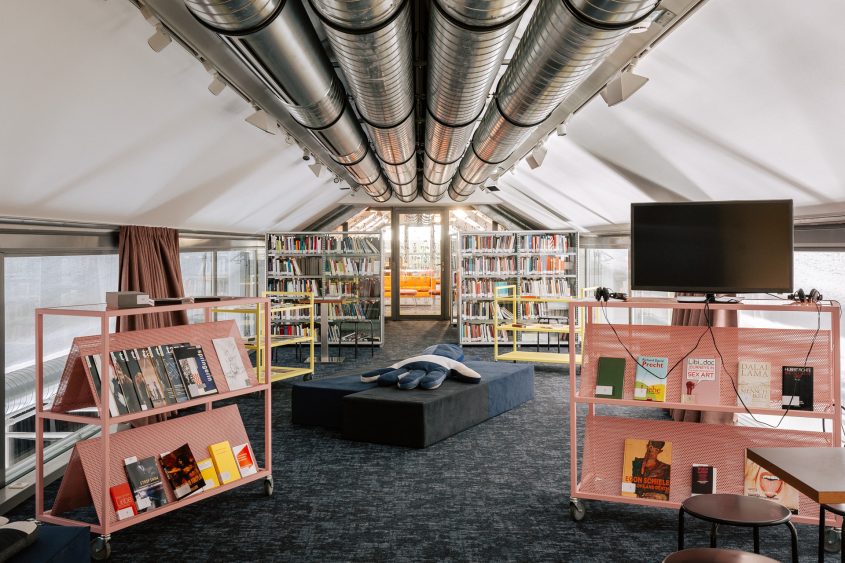 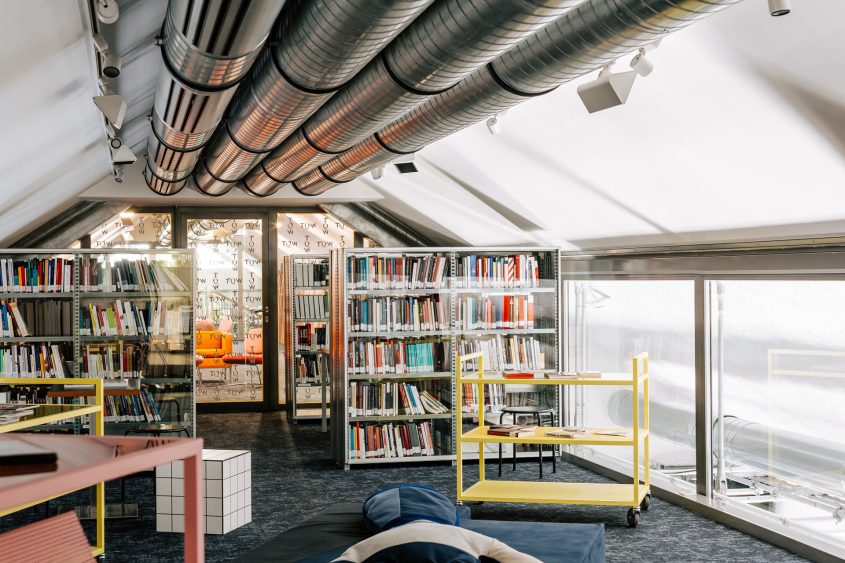 After five years of digitising and cataloguing all recordings of Tanzquartier Wien since its inception, TQW opened the online media library in 2015. The videos are available as streams (not as downloads). For copyright reasons, some can only be retrieved on request via log-in. All freely accessible recordings of TQW events are put online with the artists’ express permission.

The online archive currently comprises 300 recordings of performances, lectures, lecture-performances, artist talks and research formats. The stock is continually being expanded, and the complete archive can be consulted in TQW’s library as before.

Open Space Austria is an area of the online media library self-defined by Austrian dance and performance artists where they can upload own recordings of their artistic works. The platform intends to promote both the international visibility of the local scene and work in the field of dance studies outside of Vienna.