opens one hour before showtime at the
respective venue
Webshop

€ 5
for everyone up to 27 from 15 minutes before showtime

We kindly request wheelchair users to register their attendance at least one day prior to the performance via +43-1-581 35 91 or
tanzquartier@tqw.at. Thank you for your understanding.

In case of sold-out performances waiting numbers for remaining tickets are allocated at the evening box office opening one hour before showtime.

For students up to 27 years

The TQW flexible subscription offers the unique opportunity to watch three out of five dance and performance highlights at a special price.

In January, award-winning Italian choreographer Alessandro Sciarroni presents his very emotional take on laughter. Deborah Hay, one of the most influential figures of Postmodern Dance, shows a touching solo and a group piece in one evening, thus offering insight into her fascinating work. French Cie. Nacera Belaza creates a captivating choreography between Sufism, breakdance battle and modernist precision. In mid-April, Florentina Holzinger’s highly acclaimed cult show TANZ returns to TQW. And Alexandra Bachzetsis stages disturbing doubles of sounds, spaces and images within a spectrum of violence and desire.

Also available as a voucher 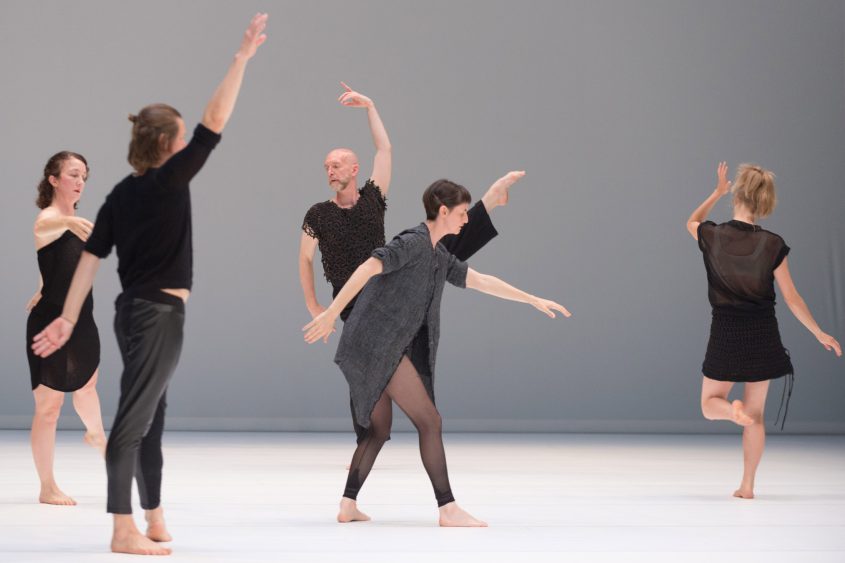 Animals on the Beach & my choreographed body … revisited

Deborah Hay is known as one of the most influential choreographers of postmodern dance in the 20th and...

Deborah Hay is known as one of the most influential choreographers of postmodern dance in the 20th and 21st century. She was a founding member of the experimental Judson Dance Theater and toured with the world-renowned Merce Cunningham Dance Company. Her creative energy, her methods and artistic practices are still a source of great inspiration for generations of young dancers today. In late February, this legend of choreography will present two new productions at Tanzquartier Wien.

Animals on the Beach

They look like animals on the beach, thought Deborah Hay as she observed workshop participants and didn’t really know what she was seeing: it was precise, but also poetic and enigmatic. The association led Hay to the title of her new piece, Animals on the Beach, in which she has collaborated with five outstanding dancers familiar with the intimacy and stringency of her performance practice, and who have also contributed their own knowledge. For Deborah Hay is less interested in the movement than the person dancing and the relationships that create this dance.

50 years’ practice has deeply choreographed Deborah Hay as an artist. In order to preserve her interest in dance, Hay has continually re-invented how she engages in it. Her new solo, my choreographed body… revisited, a tribute to this wealth of experience – Hay is without the compositional edifice that previously determined one solo from the Other. 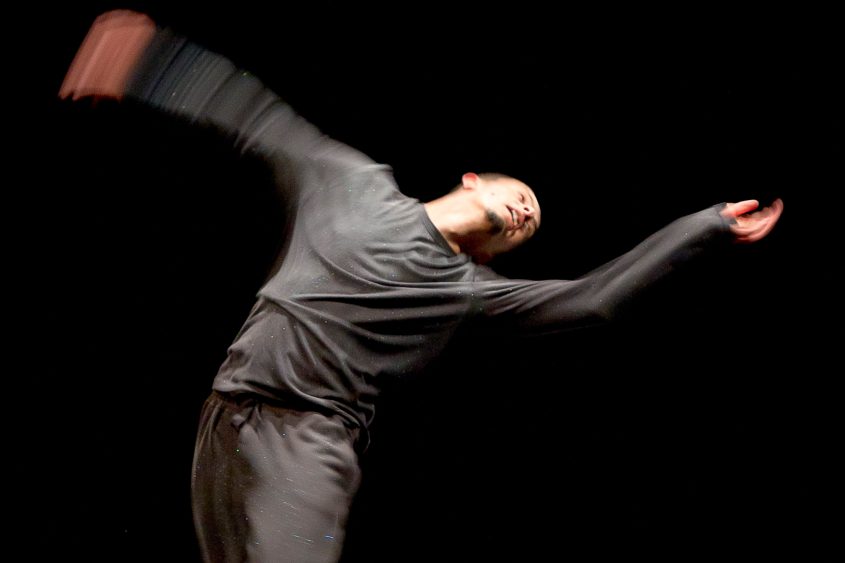 “Liberating the imagination is at the heart of my research, whatever form it takes.” — Nacera Belaza Le Cercle...

“Liberating the imagination is at the heart of my research, whatever form it takes.” — Nacera Belaza

Le Cercle invites us to a space between the detached rigour of Sufism, the circularity of break-dance battles, and the almost mathematical precision of a certain modernism. The movements of the dancers are transported by a force that is fluid, yet structured, as if borne from below by a deep and continuous breath. Bearing both the legacy of traditional forms and the abstraction of contemporary dance, the practice of Nacera Belaza, defies any attempt at classification and description. In Le Cercle she reinterprets the motif of a past choreography like a musician develops the theme of a symphony, by exposing buried variants. The choreography fills us with a sense of freedom, allowing the dancers to erase the individuality behind this movement in continuous variation. They stand like silhouettes at the edge of a circle of light, raising a political question about what it means to be visible. 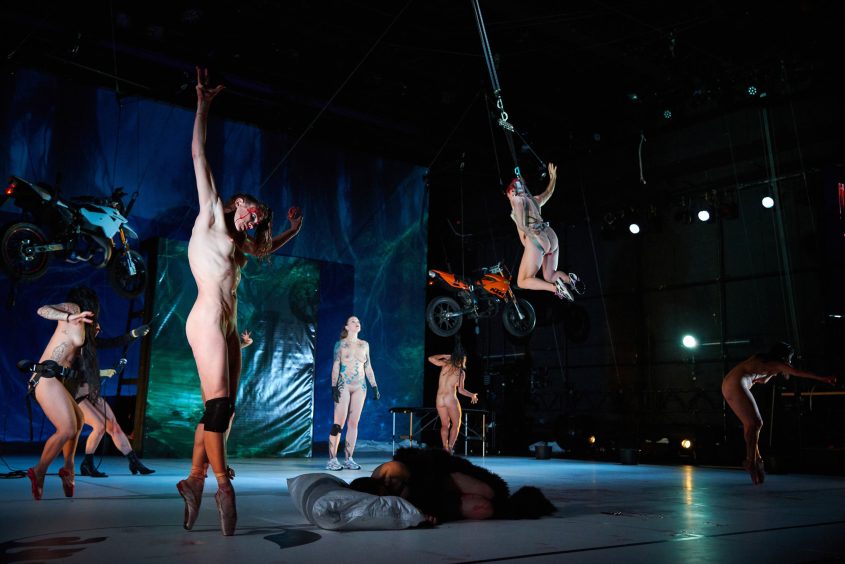 “Feminism, of course, has always been an exercise in science fiction.” — Laurie Penny After five sold-out performances in...

“Feminism, of course, has always been an exercise in science fiction.” — Laurie Penny

After five sold-out performances in October, the cult show returns to its place of creation. TANZ completes Florentina Holzinger’s trilogy about the body as a spectacle, and its disciplining. A ballet class under the direction of Beatrice Cordua, the first ballerina to dance Le sacre de printemps naked (John Neumeier’s Le Sacre, 1972), provides the framework for TANZ. The performers undergo rigorous training in “action ballet”, the so-called “sylphic studies”. In joint rituals, they learn to master their bodies and minds, and they acquire supernatural powers, such as flying. A quest for perfection in an ephemeral world, during which the gross is transformed into the sublime. In an operatic setting, brutal parodies of sensationalist images emerge, as seen in ballet, comedy and pornography. The gaze regime finds reflection in the character of a porn producer who documents the performance. With a cast of women between the ages of twenty and eighty, all of whom have different backgrounds in dance, TANZ raises the question of the legacy of dance. How can the cult of beauty inherent in this tradition be reconciled? 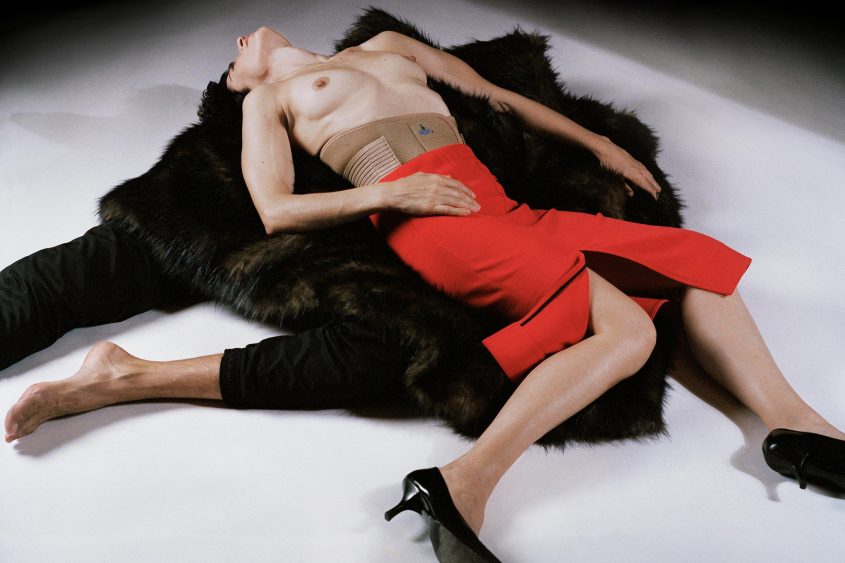 Alexandra Bachzetsis draws from histories of art, music, cinema, popular culture and fashion, and projects them onto the...

Alexandra Bachzetsis draws from histories of art, music, cinema, popular culture and fashion, and projects them onto the body. Through this method of citation, Bachzetsis considers how our bodies are used and can be activated in today’s increasingly polarizing discussions around identity and body politics.

In Chasing a Ghost, Bachzetsis continuously creates a double—a double body, a double sound, a double space, a double image. Challenging the choreographic archetype of the duet, Chasing a Ghost stages these doubles within a spectrum of violence and desire. Central to this duality, a double in of itself, is the notion of the uncanny: an estranging phenomenon in a seemingly ordinary context, but also the potential act of transgression as our repressed impulses and subconsciousness may at any time rupture into our experience of reality.

Chasing a Ghost encompasses a choreography for five dancers (including the artist herself), an original music score played live by two pianists, and a stage setting that shifts between live movement and moving image. These elements are in constant relationship to each other, but the connections between them are intentionally disturbed. As such, Bachzetsis transforms the duet into an unsettling image, the movement between two bodies a distressing and unexpected occurrence, a perpetual “folie-à-deux” that challenges how we look at ourselves and others. 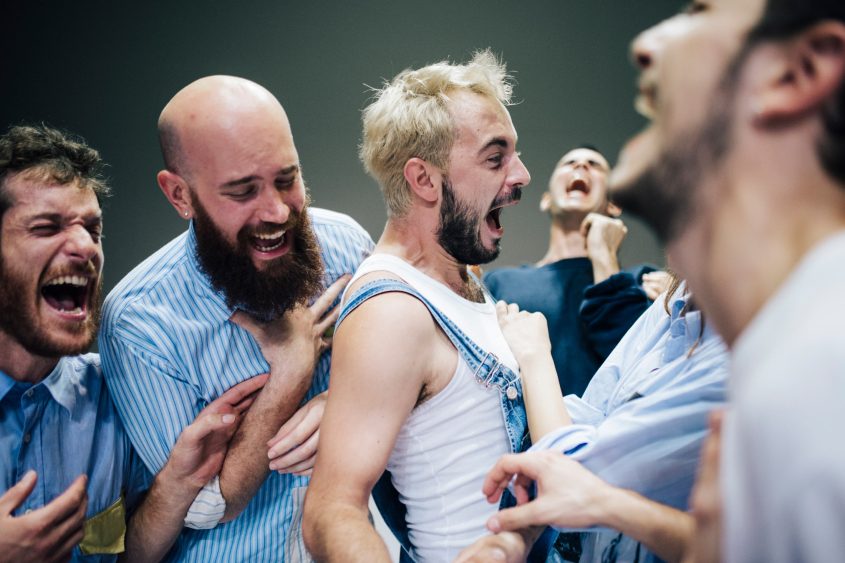 “And yet there is something esthetic about laughter, since the comic comes into being just when society and...

“And yet there is something esthetic about laughter, since the comic comes into being just when society and the individual, freed from the worry of self-preservation, begin to regard themselves as works of art.” — Henri Bergson, Laughter (1900)

“Little by little, laughter becomes an absolute norm […] The dancers give the fatal impression that something of humanity ends up being lost.” — Libération

Augusto is about the human desire for unconditional love and about the pain that goes with it. But it also pays tribute to the clown character of Auguste – the circus’s loser, the fool who cannot stop laughing even when things look dire.

Laughter is only being made possible by the interaction of a totality of eighty muscles in our body, by the modality of our voice and the dance-like contractions of our diaphragmatic region. But there are many more facets to laughter than just the simple physiological aspects. In Augusto, the voice, body and movement-based research by award-winning Italian choreographer Alessandro Sciarroni, nine dancers will only be equipped with one mode of expression: laughter. Whatever the state they are in – if they walk, run or dance, if they feel sad, excited, anxious or if they are hurting – there will only be obsessive laughter. A laughter without specific cause, totally uncontrollable, at the threshold of pain.

The aim of TQW’s non-formal education programme is to make art and culture accessible to everybody on as many levels as possible and thereby to broaden the scope of awareness for contemporary dance and performance. Tanzquartier Wien offers individually tailored educational events for all those interested – whether first-time visitors, dance experts, students or pensioners.

In addition to formats developed in direct collaboration with artists featured in the current programme, there is a wide range of offers available for individual visitors and groups alike. Guided backstage tours provide a look behind the scenes. You can visit rehearsals, listen to introductions, attend artist talks and workshops in which you can take an active part – all this allows you to examine artistic contents more closely, both at a theoretical and a practical level.

We will happily customise a programme to suit your requirements. 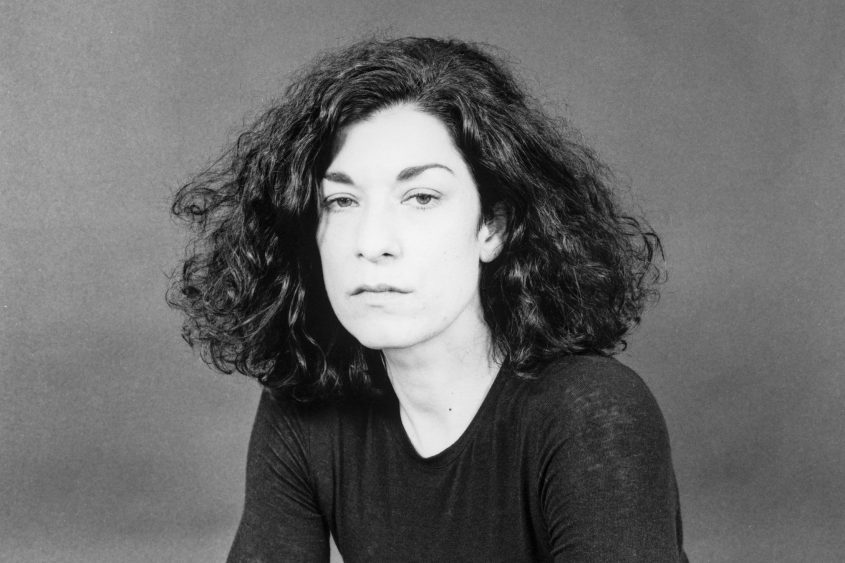 Following the second show of Chasing a Ghost, choreographer Alexandra Bachzetsis will reflect on her artistic practice together with...

Following the second show of Chasing a Ghost, choreographer Alexandra Bachzetsis will reflect on her artistic practice together with art historian and critic Sabeth Buchmann. 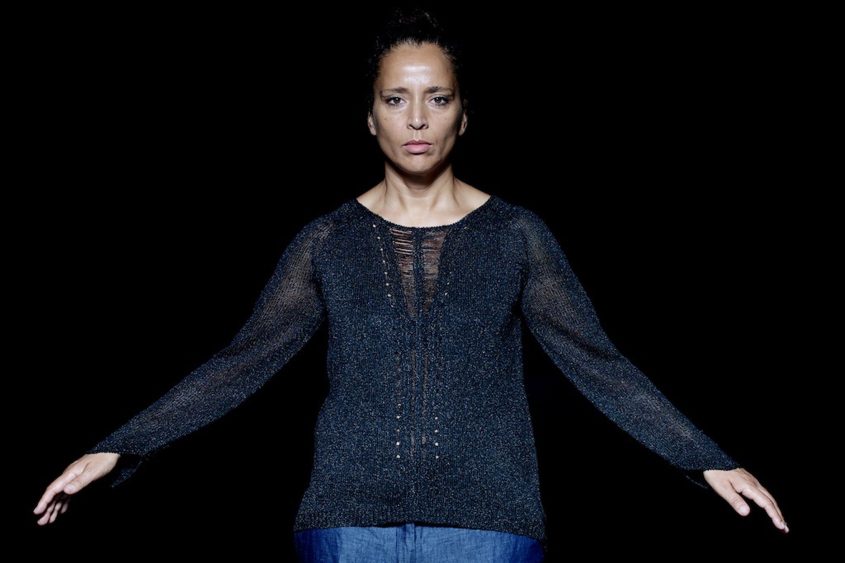 Following the second show of Le Cercle, choreographer Nacera Belaza sheds some light on her artistic practice in conversation...

Following the second show of Le Cercle, choreographer Nacera Belaza sheds some light on her artistic practice in conversation with Iris Raffetseder, dramaturge at Wiener Festwochen. 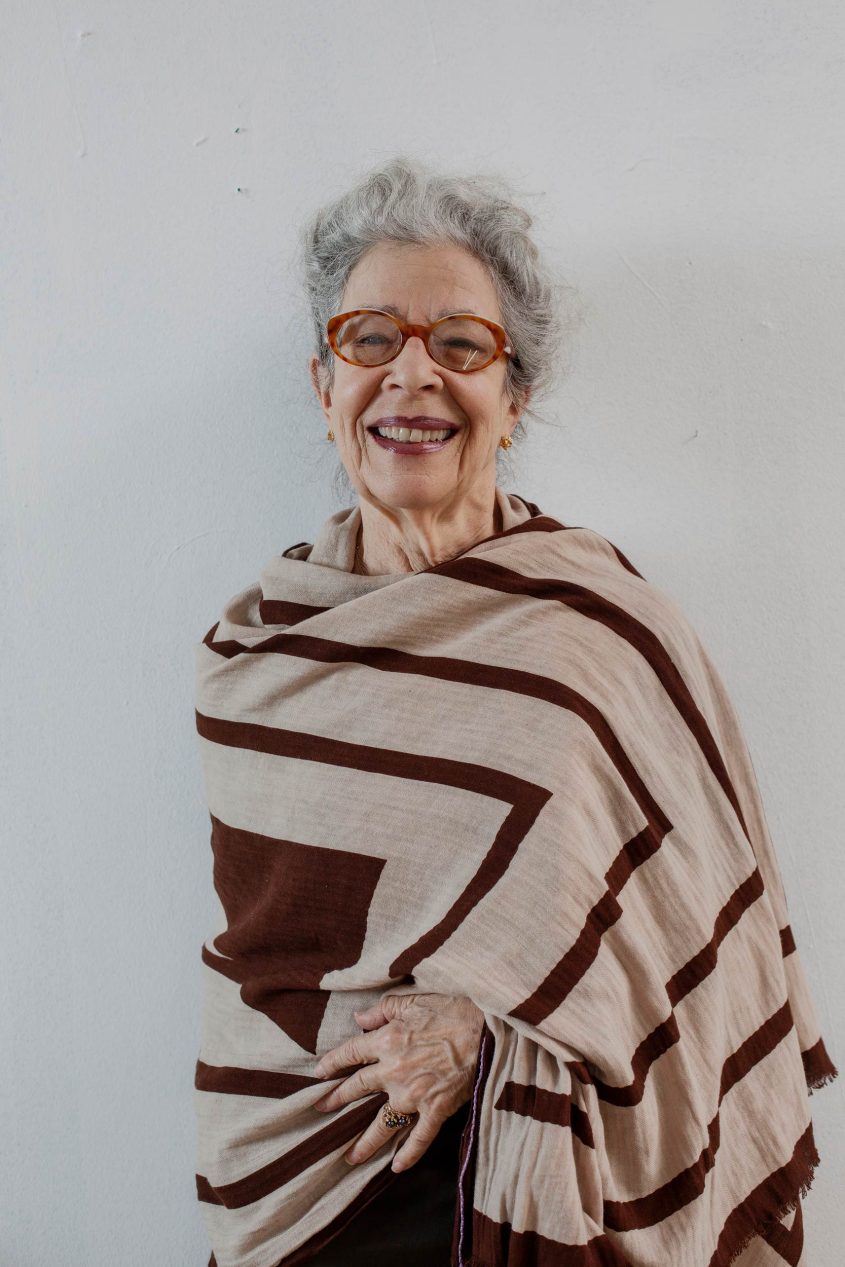 Following the second show, Deborah Hay will shed some light on her work in conversation with choreographer and...

Following the second show, Deborah Hay will shed some light on her work in conversation with choreographer and theoretist Janez Janša.

Audiencing in the Newsblog 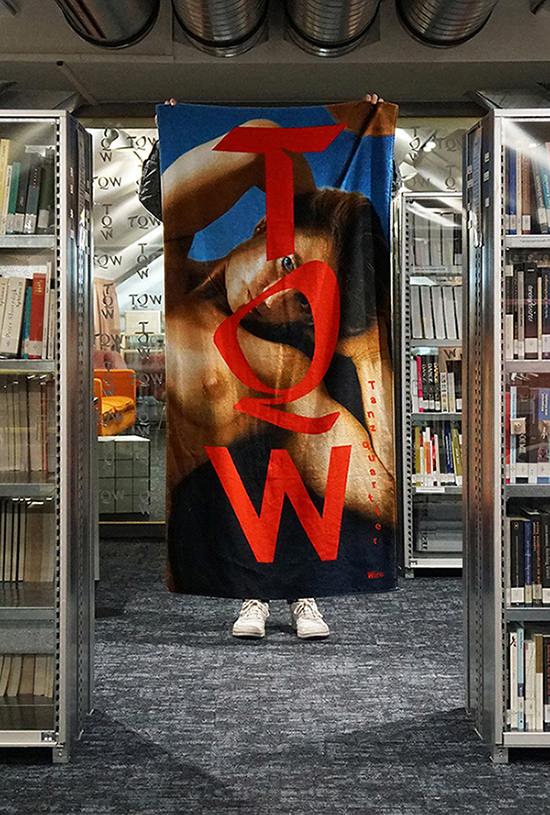 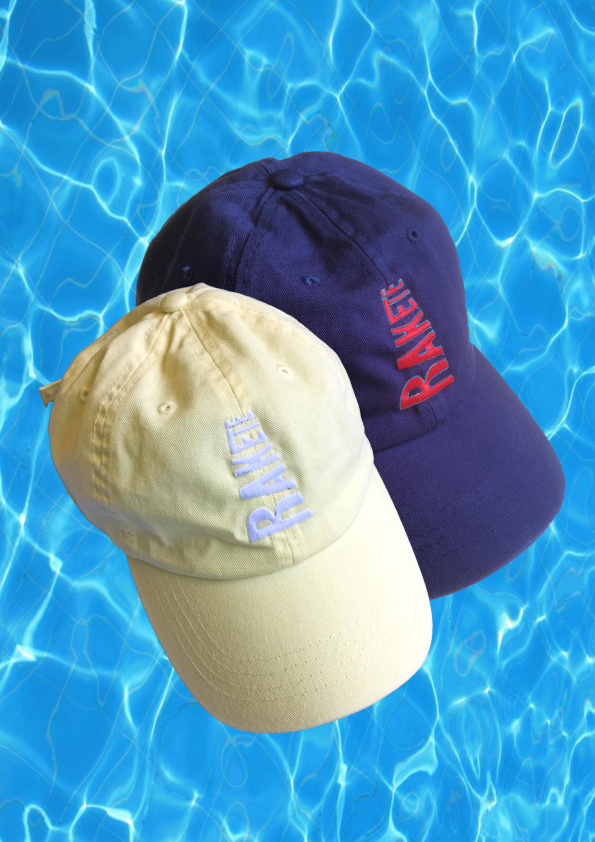 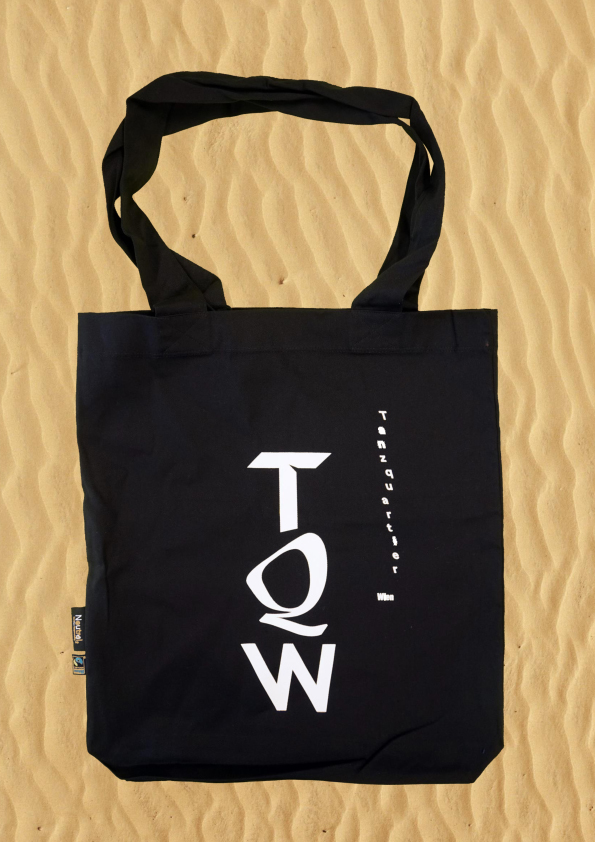 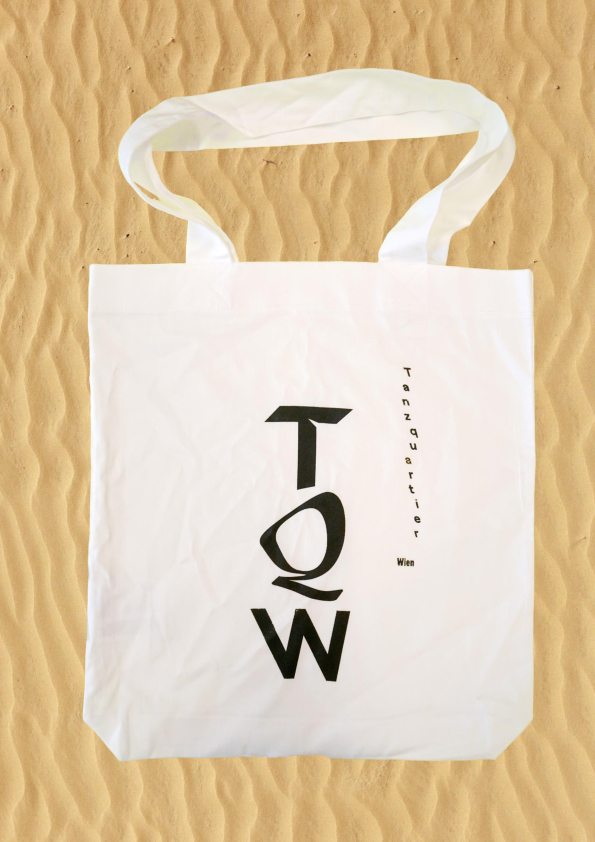 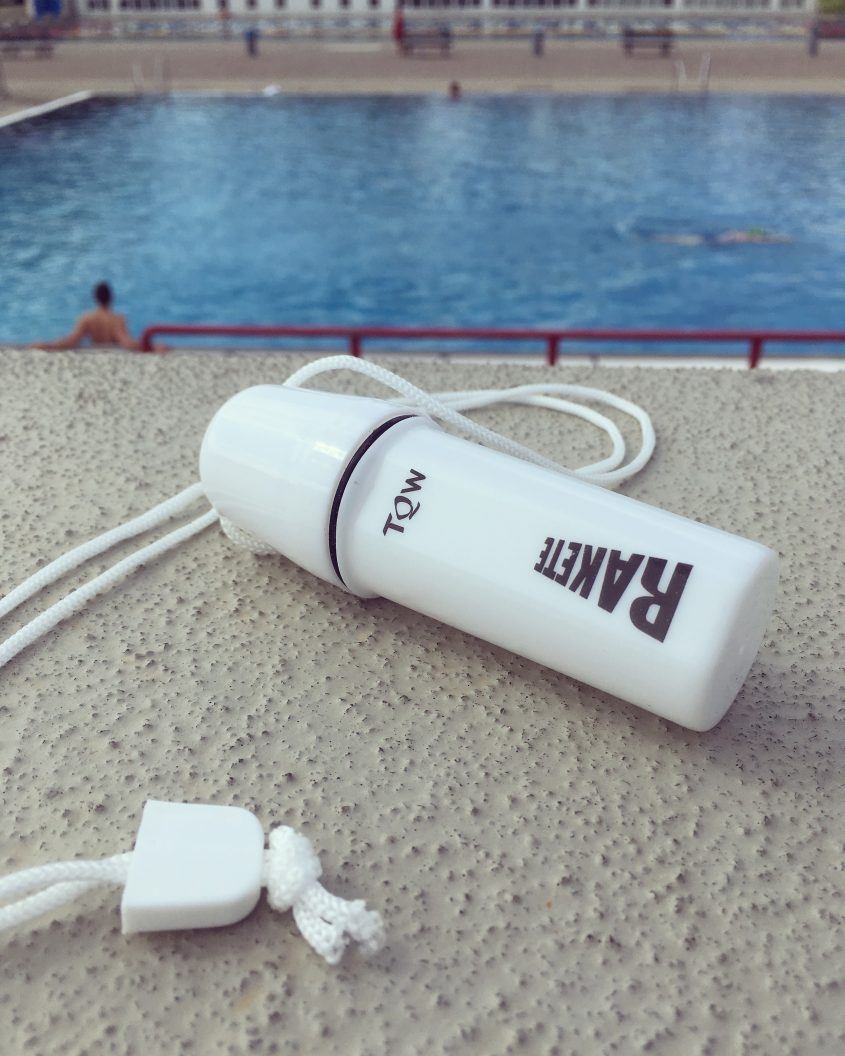 DANCE ON TOUR Austria is a project by Tanzquartier Wien and in cooperation with the Federal Ministry for Europe, Integration and Foreign Affairs. DANCE ON TOUR Austria offers financial support to contemporary dance and performance artists and companies based in Austria who wish to go on tour with their production.

Please send an accreditation request using the form below to buy tickets at a trade discount from our web shop.

Accreditations are only valid if TQW has confirmed them by email.

Upon confirmation you will receive an email with the current discount code. You can purchase one trade discount ticket per regular event directly from the web shop (subject to availability). You will also be added to the mailing list of discount codes for the following months.

You are only entitled to buy trade discount tickets if you are currently working in the field of contemporary dance and performance.