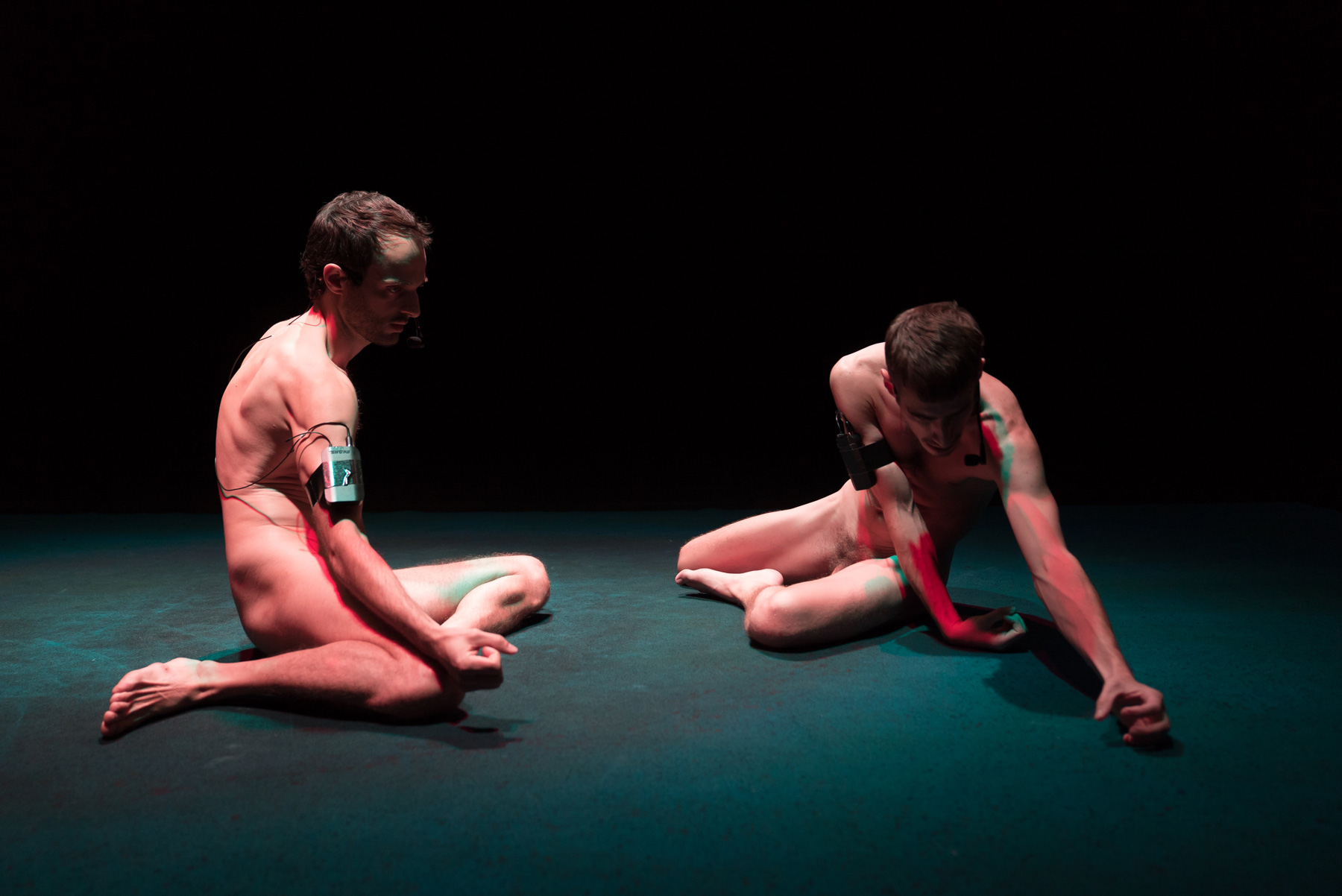 blood-red to pitch-black: Jefta van Dinther keeps his dancers in the dark.

Two PJ Harvey songs generate the musical pulse of Jefta van Dinther’s dance performance Dark Field Analysis. The British musician never hesitates to turn existential bodily experiences into songs; in this sense, the singer and the choreographer might be kindred spirits. Experiencing the eponymous “Dark Field Analysis”, a method used for microscopic blood examination, was the starting point for Jefta van Dinther’s curious pas de deux for two nude male bodies. Or they might possibly also be microscopically enlarged blood cells, which we – the audience – are able to trace from all four sides of the stage setting, just as the choreographer, according to his own words, was fascinated to watch his own blood’s microscopic image: the way it lives, moves and decomposes. The movement vocabulary of the two dancers seems just as strange as watching one’s own blood cells. The stage gets transformed into a cell-culture dish. The longer and more carefully we watch them, the less we grasp and are able to comprehend. At the beginning, the lighting consists of bright red and blue colours, a colour combination reminding of old 3D glasses. Over the course of the entire performance, the colours subtly soften and fade into complete darkness. Thereby, the spectators enter a quasi-private space in which there only exists the self and the two performers, who move on the margins of perception. It feels like the microscopic image slowly gets out of focus.

We dream about horses.

“Horses in my Dream” and “The Slow Drug” are the titles of the two PJ Harvey songs which were arranged for Dark Field Analysis by sound designer David Kiers. Dreams, drugs and slowness can also be associated with what is happening on this playing field. Most of the time, the two dancers and performers, Juan Pablo Cámara and Roger Sala Reyner, move close to the ground like they are being dragged down by gravity. They rest on the ground like dolls without clothes, their limbs do not really appear to be part of their own bodies. This arm behaves as it pleases. The two dancers look at themselves and at each other in amazement. There are hesitant attempts at gesturing, but these gestures halt or stagnate completely. Technologically equipped with microphones and transmitters, these nude bodies resemble something like cyborgs. “Do androids dream about sheep?”, science fiction author Philip K. Dick asked at some point. Right here, they might be dreaming about horses, but possibly also about each other’s b(lo)od(y). “Did you ever enter the body of someone else?” is just one line from the fragmentary dialogue between the two dancers. There are no answers. But right at the beginning, you can already feel that this plain coexistence will not go on much longer. The two bodies will get in the way, the desire to be the other, to possess the other. The darker it gets, the more there is of pulling at each other, edging, charging. The darkness transforms slow motion into fast forward, turns the act of cautiously reaching out for something into a racing locomotor system outrunning itself. The dream becomes a nightmare. There is this moment of image editing in (Japanese) horror movies when a monster suddenly accelerates from virtual standstill to maximum activity, when latent danger turns into actual danger. In Jefta van Dinther’s live performance, this moment is created by the space-time-experience of the twilit stage. However, there comes an awakening from this pitchblack, blood-red dream. To rub one’s eyes in the white neon light of the aftermath. Wasn’t there something else?

To have one’s head in black clouds

Did we watch dreamers dream or did we observe their dreams? When the darkness has ended, the two performers stalk in the artificial light. It feels like after hours. They take their first few shaky-legged steps in an upright manner. And at the very end of the performance, Jefta van Dinther presents us with the image of a utopian prospect: One dancer stands on top of the other. His head gets lost in the black artificial stage firmament. Being headless, we are directed toward future obscurities. Maybe this represents the attempt to escape the claustrophobic cabin the stage is, to escape the everlasting condition of being watched. The blood cell becomes the body. Facing an uncertain future.

Martin Pieper has been editor in-chief of radio FM4 since 2000. Amongst other topics, he also deals with subjects related to dance, theatre and performance. He is host of FM4 Zimmerservice, which is broadcast every other Sunday. As DJ, he was part of the FMqueer event team and still plays his favourite records to favourite people.

Dark Field Analysis calls upon the intensity of being alive by placing us humans in relation to other forms of life... 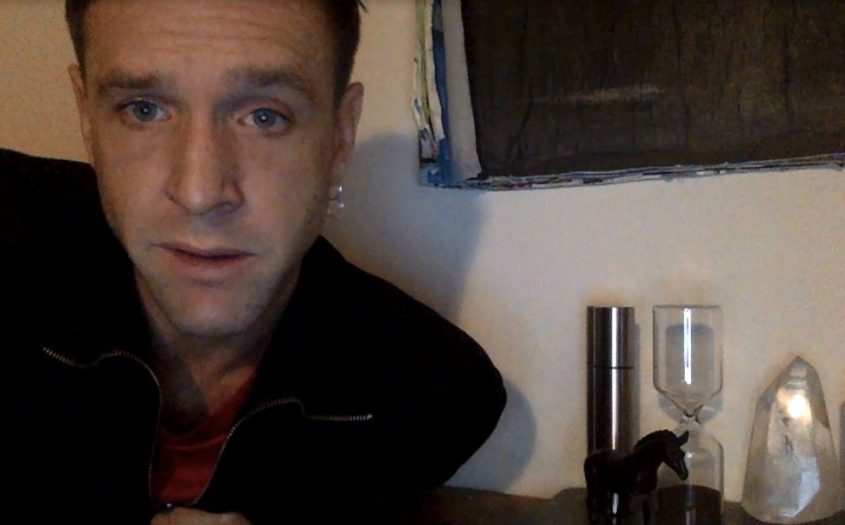 “Looking at my blood felt like diving into myself”: Jefta van Dinther on the existential experience that inspired...