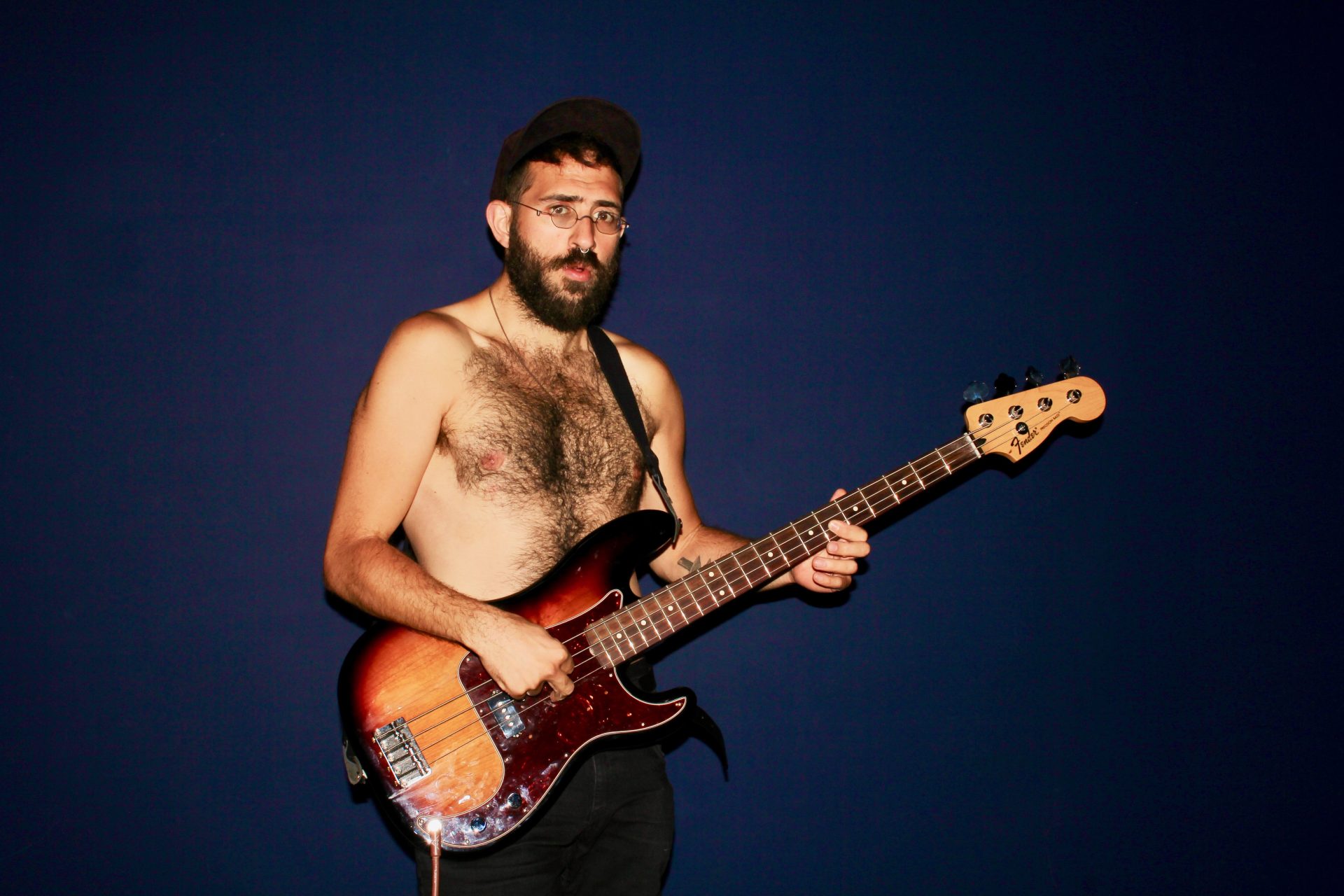 How did HOT BODIES – STAND UP come about?

The starting point of the project were mainly questions of eroticism, arousal, alternative forms of excitation. Then I was looking for alternative forms of sexuality, which I found in various sexuality scenes: ecosex, poly-/pansexuality, kink, BDSM. In these micro queer scenes I identified alternative ways of understanding the body and relationships, of objectifying and subjectifying. When I examined issues of eroticism and sexual revolution, I realized that my life was itself evidence of an alternative approach, and that this could influence my way of writing shows and my way of writing music. I also had a collection of photographs, a kind of journal of six years of encounters, collections, fetishizations of objects, obsessions…

In that sense, HOT BODIES – STAND UP provided an opportunity for you to combine your research with your various artistic practices as musician, performer and photographer. Do you often combine these elements in your artistic practice?

Music has always been a separate matter, I tour as a pop musician. There will also be a record release this year by Tarek X, myself as a musical creature. Performance has always been a format where I combine things. Some of my photographs have been published, I also worked for fashion designers. I have never showcased my photographs, the first exhibition will be in 2020. I am also interested in the interfaces between music, film and photography.

I did some work for queer and post-porn magazines; explicitly sexual works with a substantial artistic angle. Which is something I really like. My work is always located between documentary and art photography.

Your photographs often show fragments of bodies, which is more related to the idea of objects rather than subjects with a face. Why is that?

My focus here is also on turn-ons. It’s like listening to music which takes the body to another plane. With my photography, I’m not interested in establishing a relationship with the person in front of the camera and I’m not doing portraits. What I’m interested in is to eliminate the pornographic gaze. Something subtle, with the explicit text still present. The images are a mixture of textures, objects, things that can appear in their entirety, while others are fragmented. If you have sex with someone, you see parts in detail. You don’t get the “big picture” of the whole subject. I am trying to reintroduce the erotic gaze. So people end up looking at the sexual body or the sexual organs, thinking it’s obvious. But at the same time they experience a sensation instead of a pornographic slap in the face. It’s really a game.

Queering the masculine is another characteristic of your work, for example, you often use a vocoder. The effect is not a female voice but a very artificial one, and in that sense, it also marks out the machine that produces it. What’s the idea behind this?

I would like to answer these two questions separately, even though they are related to each other. Queering the masculine is very important to me and it’s also related to the question of the fragmented bodies. I have come to realize that the problem for myself and most male-identifying people is the compactness of the male body. You cannot penetrate a heteronormative, patriarchal male body. It’s a body that doesn’t allow an on or in; neither at an ideological nor an anatomical level. For example, the G spot of males is inside the anus. That’s an anatomical fact. How do we deal with that fact in the context of morality? Another purpose was to present a performing male body that is a bit dubious. It approaches you, wants to connect but is unable to bond at the same time. Objectification is something I’ve never actively worked on, as a performer I am automatically objectified. I also realized as part of my promotional work on social network sites that showing a little bit of flesh creates a totally different relationship with the audience. It’s actually quite interesting to become an object within this setup.

Technology is also very important to me. I am very geeky, I use a lot of computer tools.

I’m also inspired by ideas from feminist science fiction. Instead of escapism or arguments about the bad effects of technology, I say: let’s embrace the potentials of technology – a clear reference to Donna Haraway. What you mentioned, namely not to create another being, was exactly what I tried to do. My purpose is to create an affection towards all the technological aspects of the object. The voice is actually a door into the world for you to watch e.g. the Apple windows, which we all know inside out. They seem more like postcards or a personal collection of pictures rather than the commodified capitalist Apple. It’s an invitation to understand technology as a possibility and warm to it.

In your script, the penis is depressed because he is tired of being a phallus. This leads us to the Clito Manifesto. Why did you, as a gay man, decide to focus on the vagina or clitoris?

In the piece you and your alter ego Tarek X decide to go to an ecosex party. Have you ever been to such a party in real life and if yes, what was it like?

Yes, sure. It’s exactly like the picture you get in the piece. The idea is to ritualize an erotic relationship with your environment, let’s say, with what we call nature: to trees, to water, to the soil. Annie Sprinkle and Beth Stephens, for example, organized weddings to water or weddings to dirt, rocks, the moon – this seems extremely funny. In another ritual, they lie naked in the soil and you are invited to join them and cuddle. Eroticism is an existential tool for connecting. That’s the point that I find interesting about the Ecosex Manifesto. They say, if you connect with the earth ­– and they call it Lover Earth rather than Mother Earth – you care about the lover, you want your lover to be happy, to give pleasure. It’s a symbolic idea that I like. I suggest an alternative relationship to touching and listening, an alternative relationship to objects. Then you do whatever you need to do. I like this invitation to play.

You mention a sexual utopia in your announcement text. How does one fuck in order to be revolutionary?

People have sex to have encounters with what they know and what they want to know.

Dietmar Schwärzler is film agent at the distribution company sixpackfilm, freelance curator, and writer. Concept and organization of several projects in the film and art world on topics such as Austrian television and film history, notions of friendship, queer art practices and feminist performance art. He is co-editor of the DVD & VOD label Index (index-dvd.at) and part of the editorial team of the film magazine Kolik.Film (kolikfilm.at). In 2013 he edited the monograph Friedl Kubelka vom Gröller. Photography & Film published at JRP-Ringier, in 2015 he co-edited the book Pink Labor on Golden Streets. Queer Art Practices, published by Sternberg Press. In 2019 he edited another monograph Friedl Kubelka vom Gröller. One Is Not Enough, Photography & Film, published by Buchverlag Walther König. 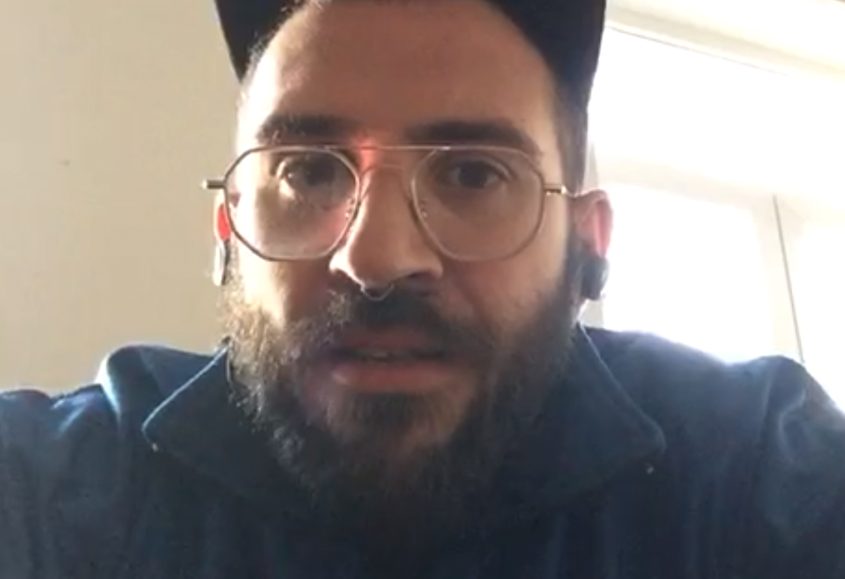 Sexual revolutions, music and utopias – how are they connected with each other? On 9 March Gérald Kurdian... 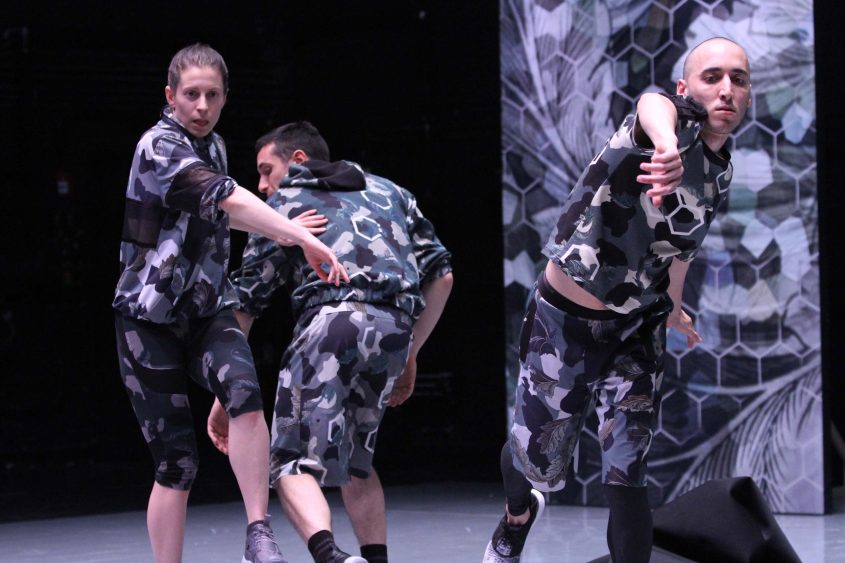